A portrait of the artist who isn’t one, at all. (My house projects.)

The first thing guests see upon approaching our (large, glass) front door is a very large wall meant for a very large piece of art that says (undoubtedly) very grand things about the people who live within. My mother mentioned a need for sculpture. We do not own expensive art. (Well, Ty does, but it is of the cowboy variety and . . . I’m really just not that nice.)

The art I love is modern and spare and black and white and textural, but inexact. Sometimes, it has handwriting in it. It’s the art that people always think they can make themselves. And so, I dragged out some big canvases my sister and I had leftover from another project and got to work. 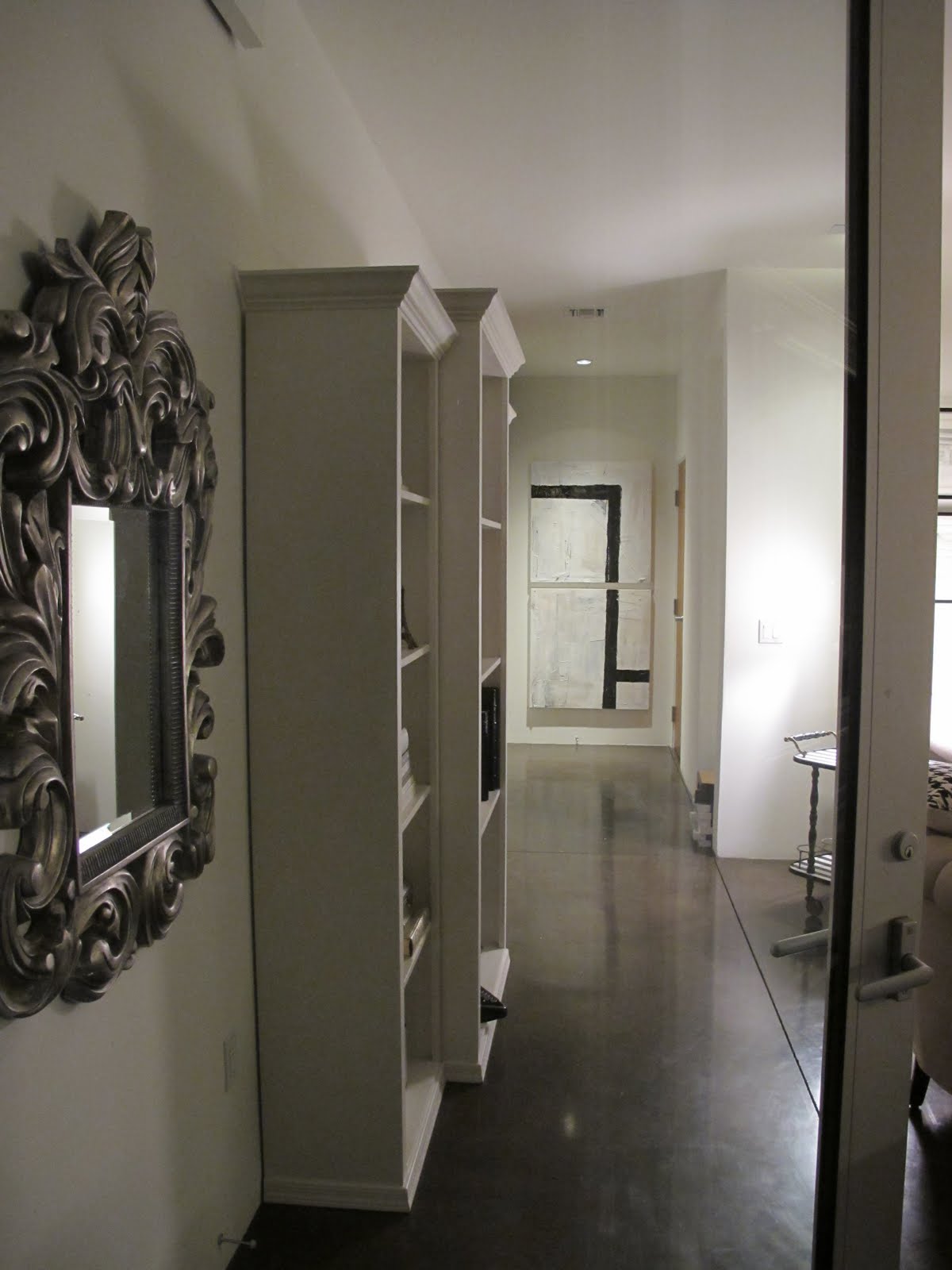 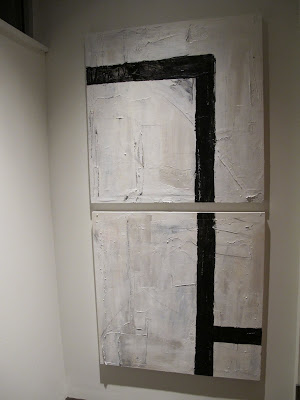 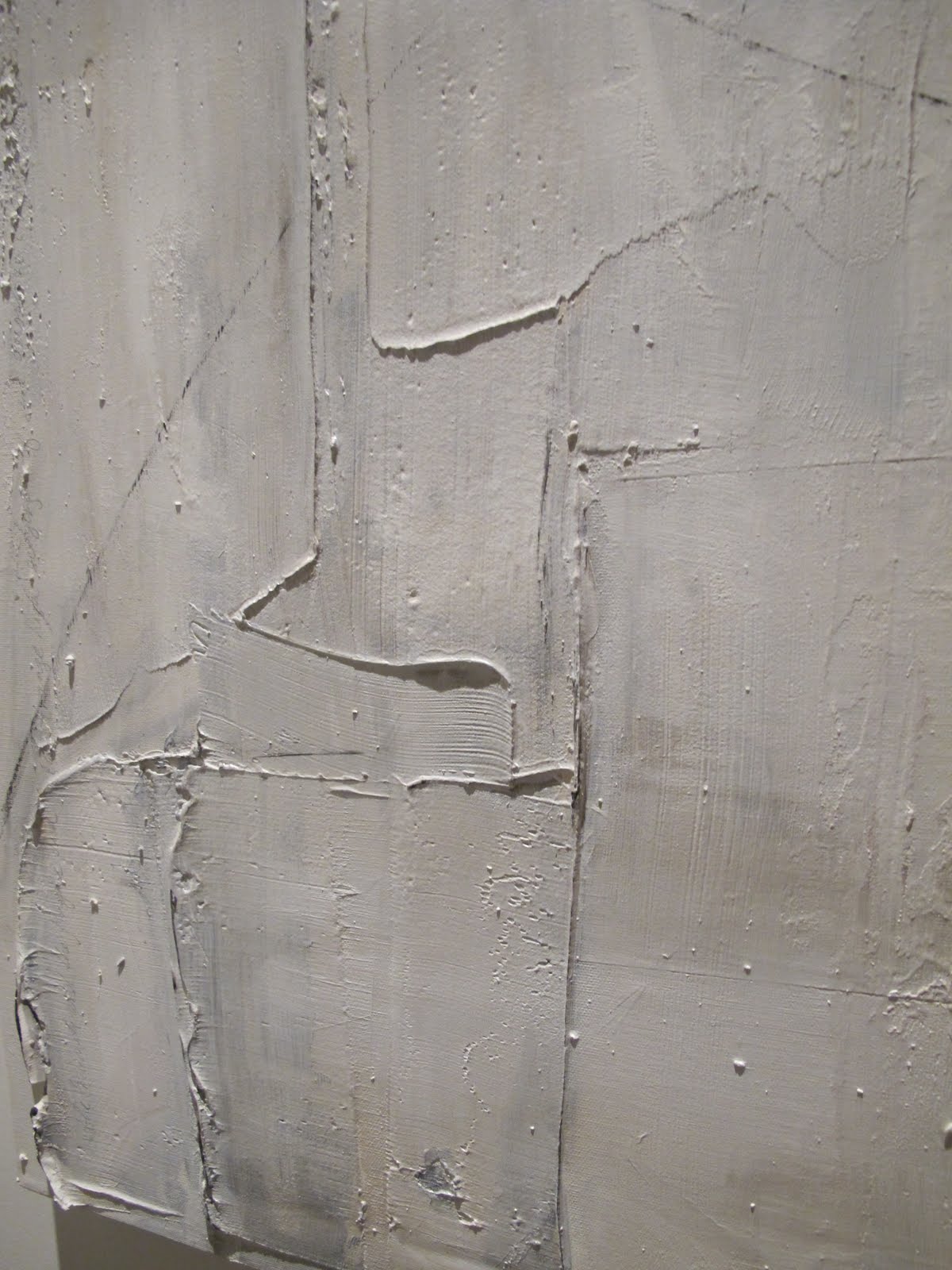 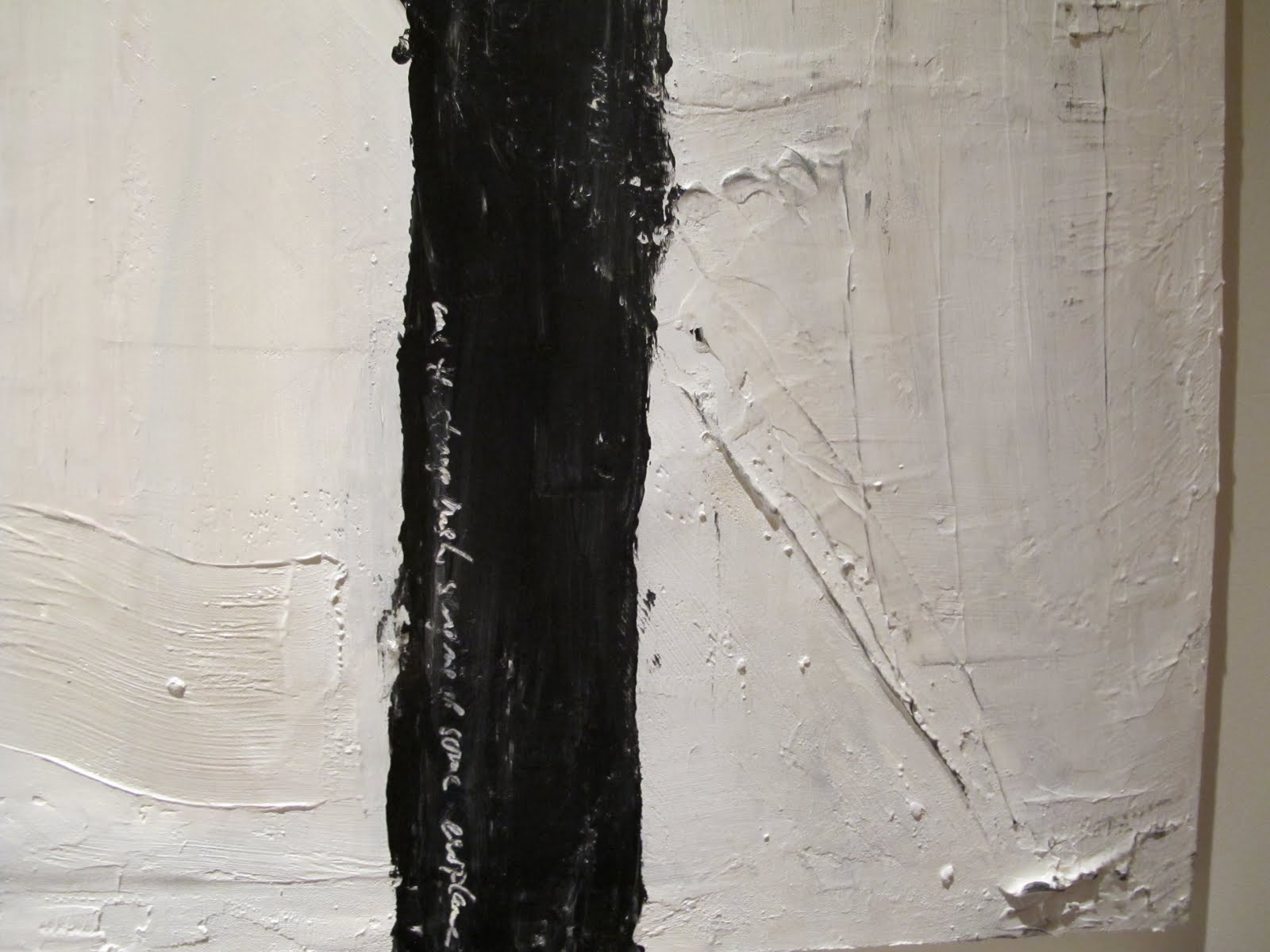 It’s a diptych, which is a vocab word from my college art history class that refers to two pieces that make a whole. I quite like it, and Mr. Cowboy Art does, too. (Awfully nice of him, really.) He thinks it would be funny if we  typed out an explanation of the painting and framed it, museum-style, to hang next to our “art.”

I’d make up something about the grid of the city, and “this moment in June”,  a quote from Mrs. Dalloway, which really did sort of inspire the painting — and happens to be the words I put into the paint. But it sounds pretty pretentious for an artist who is really a journalist who had no idea what she was doing.

However, the “statement” art is in place, and the wall is full, and it says something about us, to be sure. 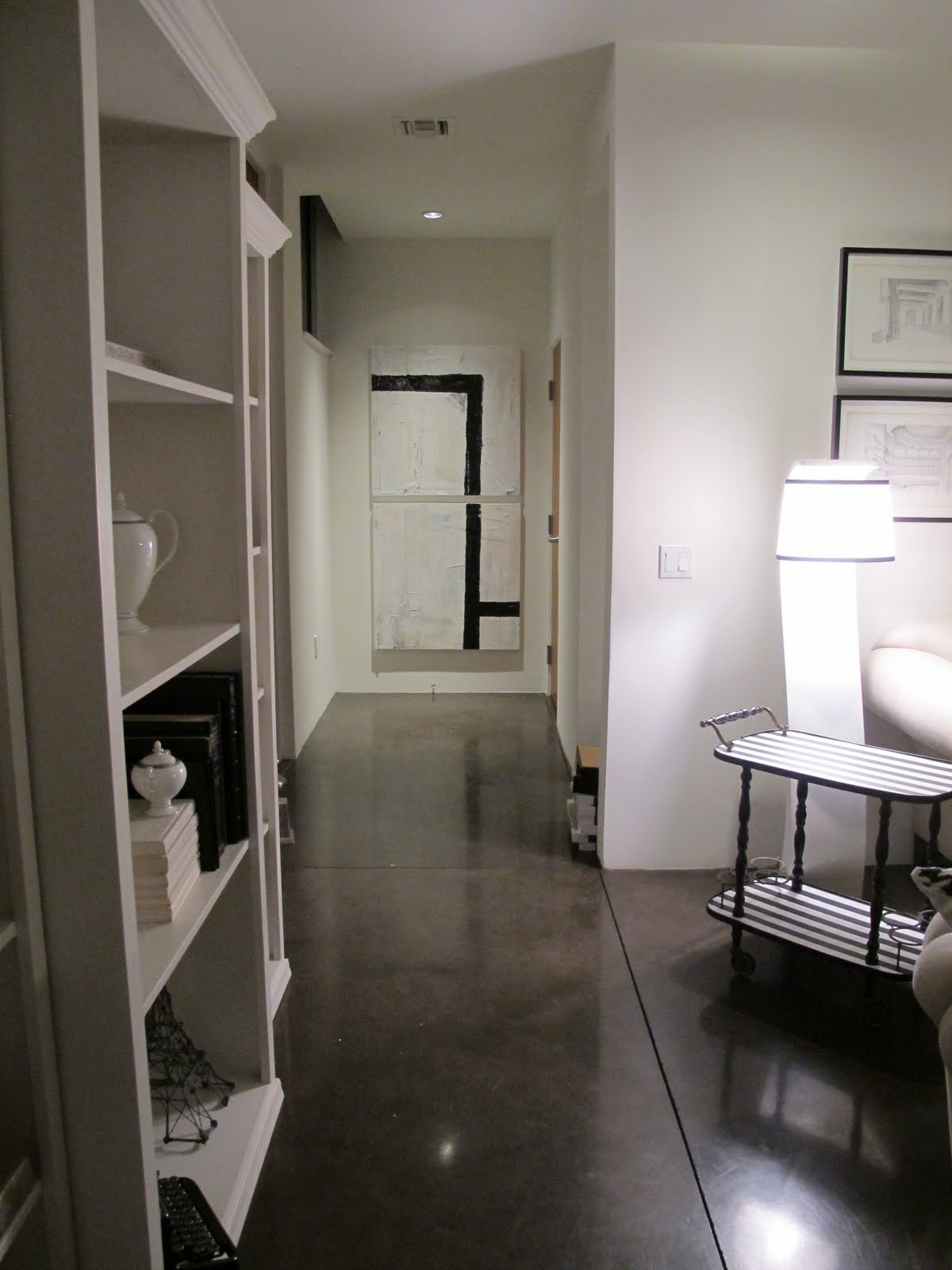 Also: here’s a peek at my bookshelf styled with an antique intaglio/cameo sculpture I found and silver-leafed. My monochromatic book collection is totally weird, I know, but I have actually read them all. Also: Nate Berkus told the Gilbert couple I interviewed that you should always have something imperfect in a room, and made them leave one of their books turned the wrong way. I generally have many more things imperfect in a room (dishes, shoes, heaps of throw blankets), but hey. It sounds liked a nice idea. 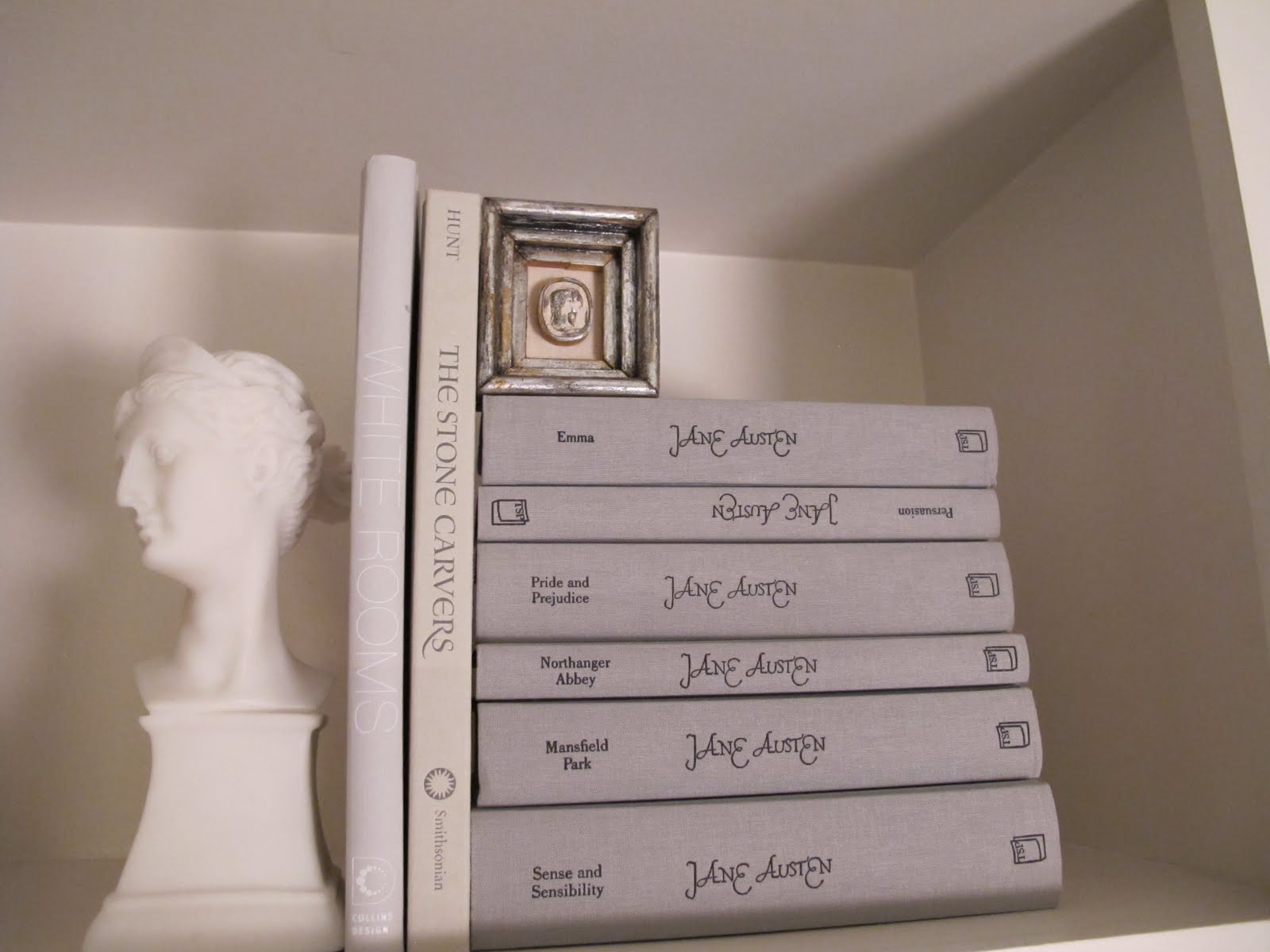 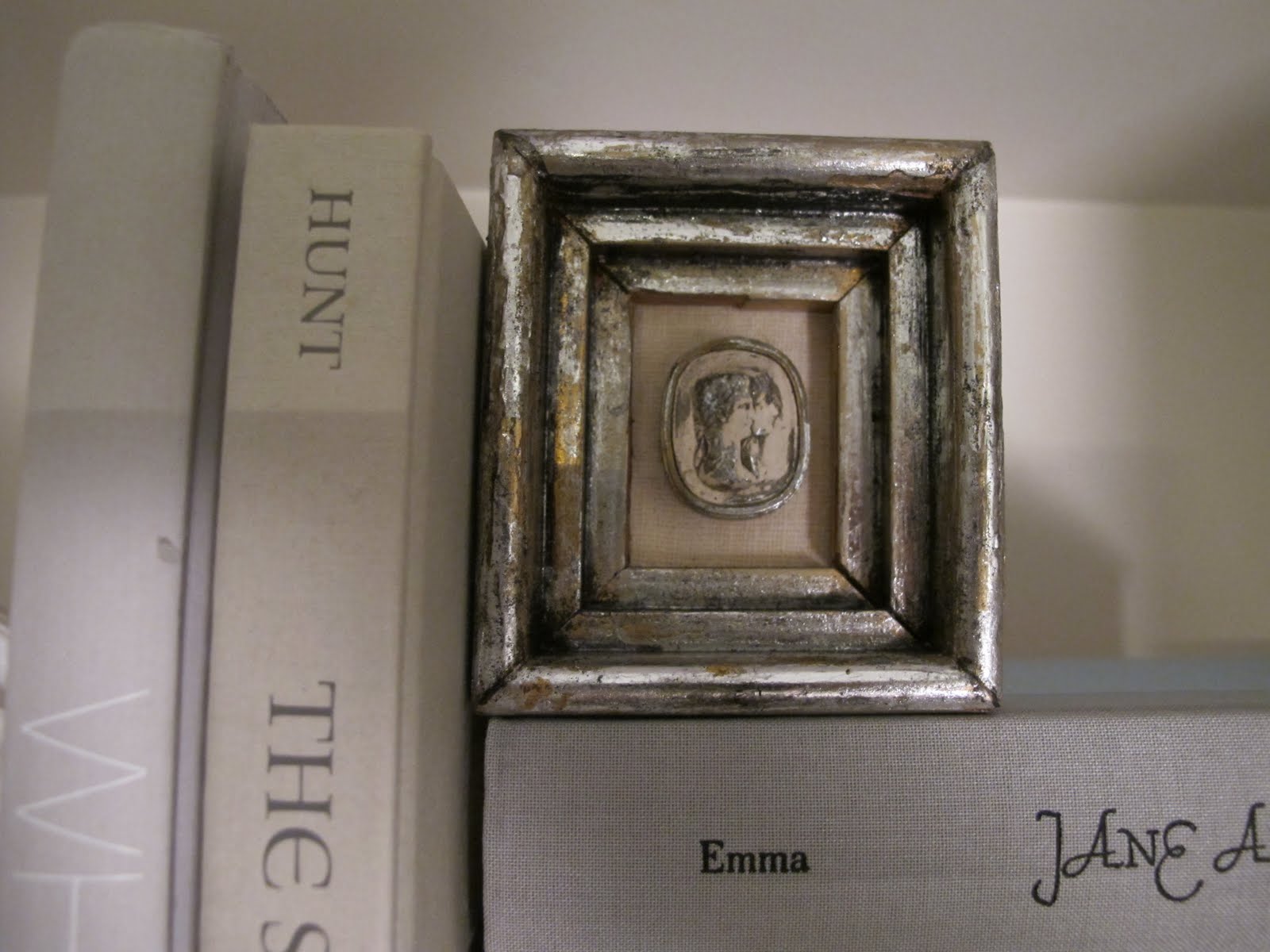 P.S. The Washington Post’s Hank Stuever wrote a great story about the age of Twitter and T.V. News and ethics and what should matter. Read it here.