Weekend Report: To the Mountains

On Saturday, Ty made me get up at 4 a.m. We were visiting my grandparents in northeastern Arizona, and he had big plans for fishing. I was grumpy until I saw this: fog hanging over the White Mountains by Big Lake, mystical and lovely. 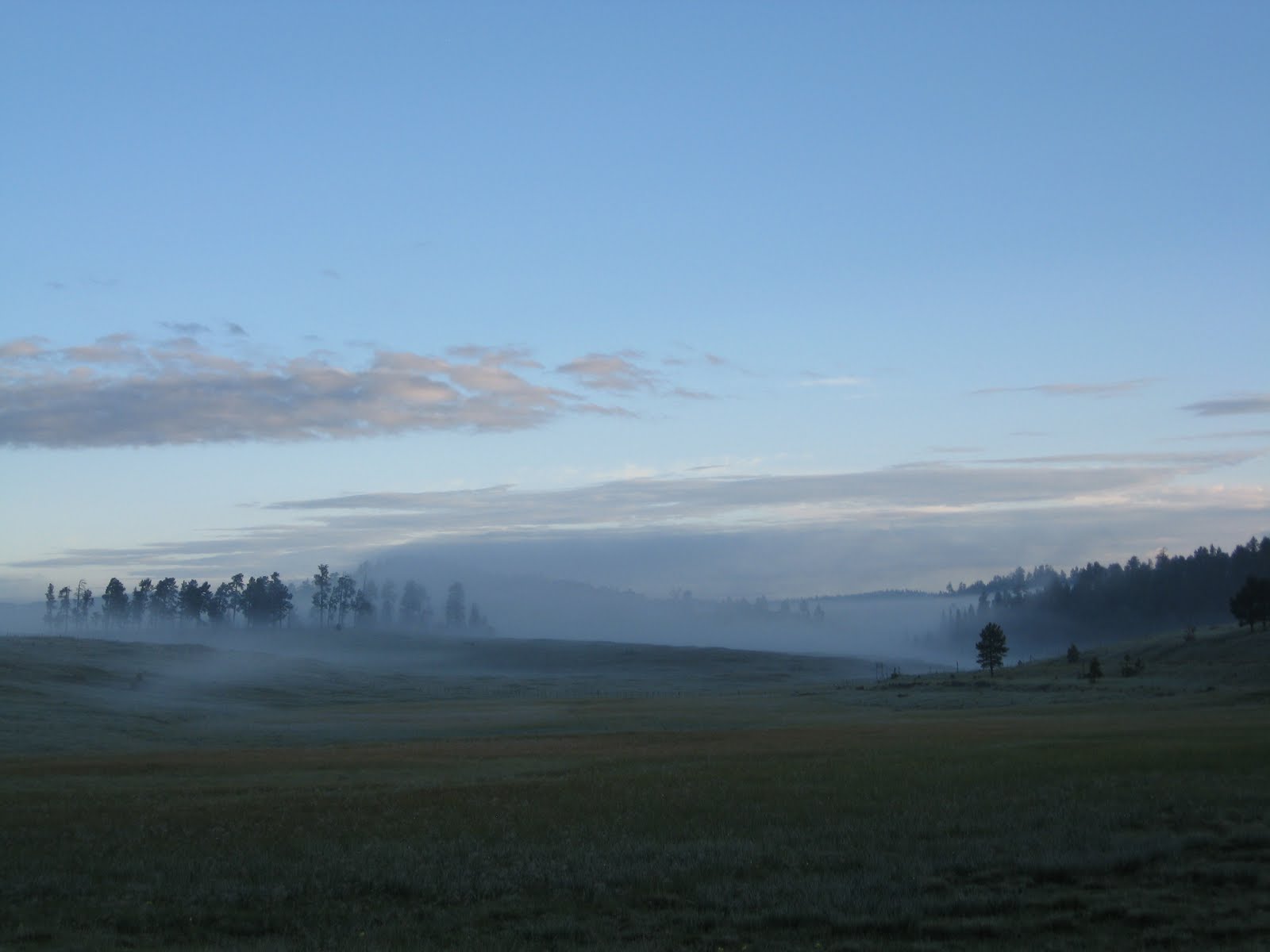 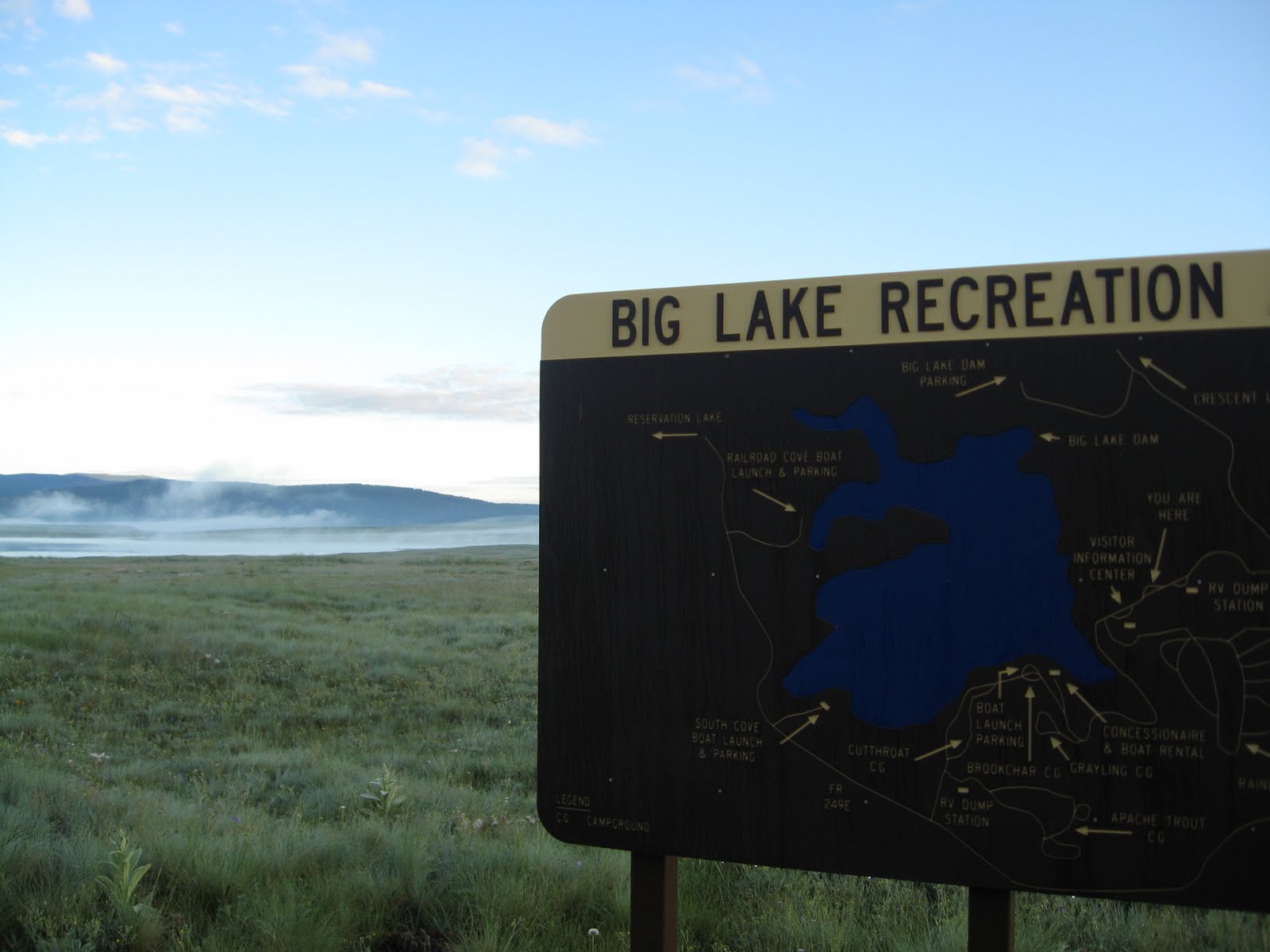 We had cows for company. 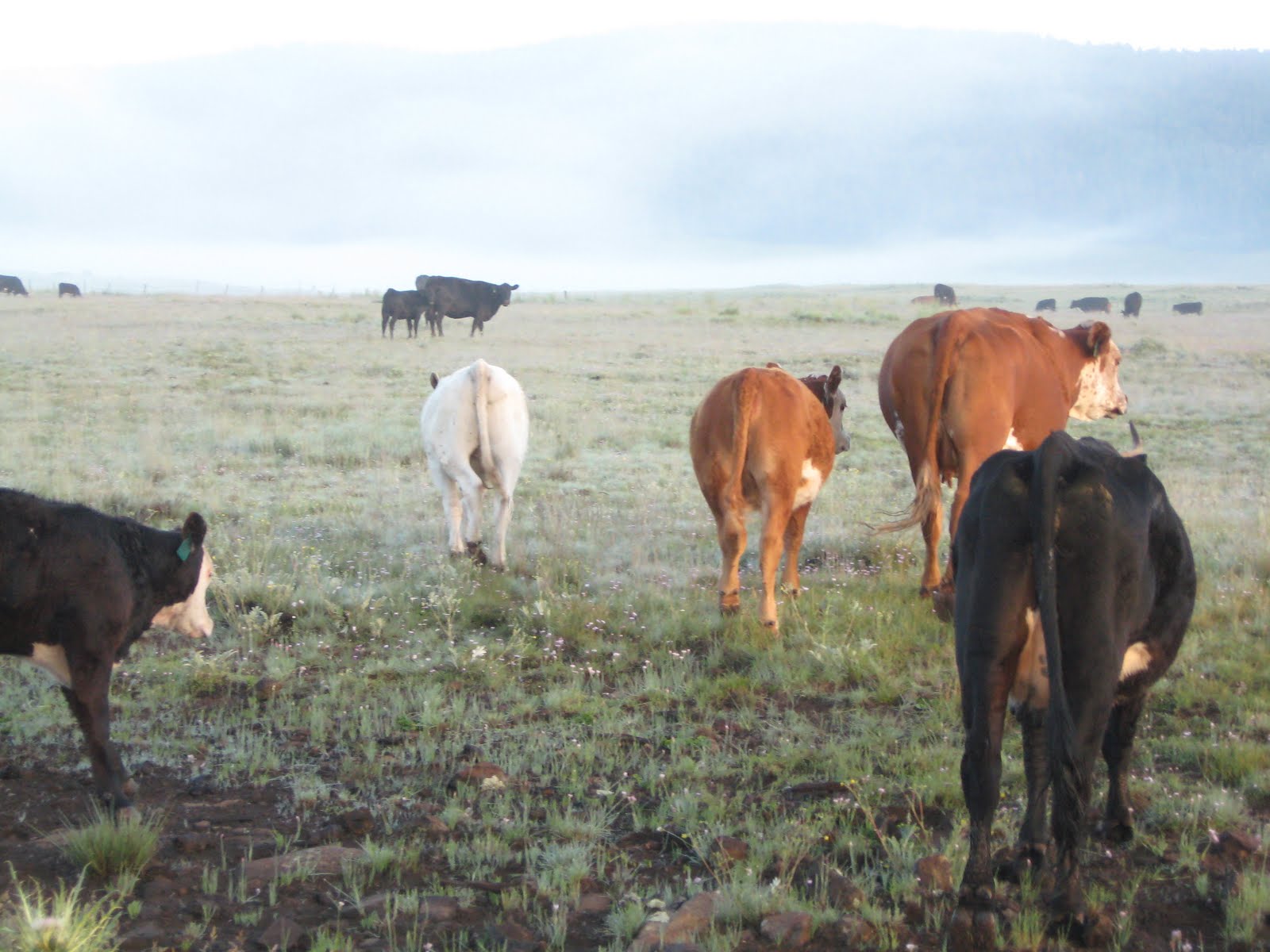 I collect shoes. Ty collects native trout, and he’d discovered that the rare Apache trout hang out in the headwaters of Thompson Creek, in a meadow just past the lake.

That meadow was the prettiest thing I’ve ever seen in Arizona. 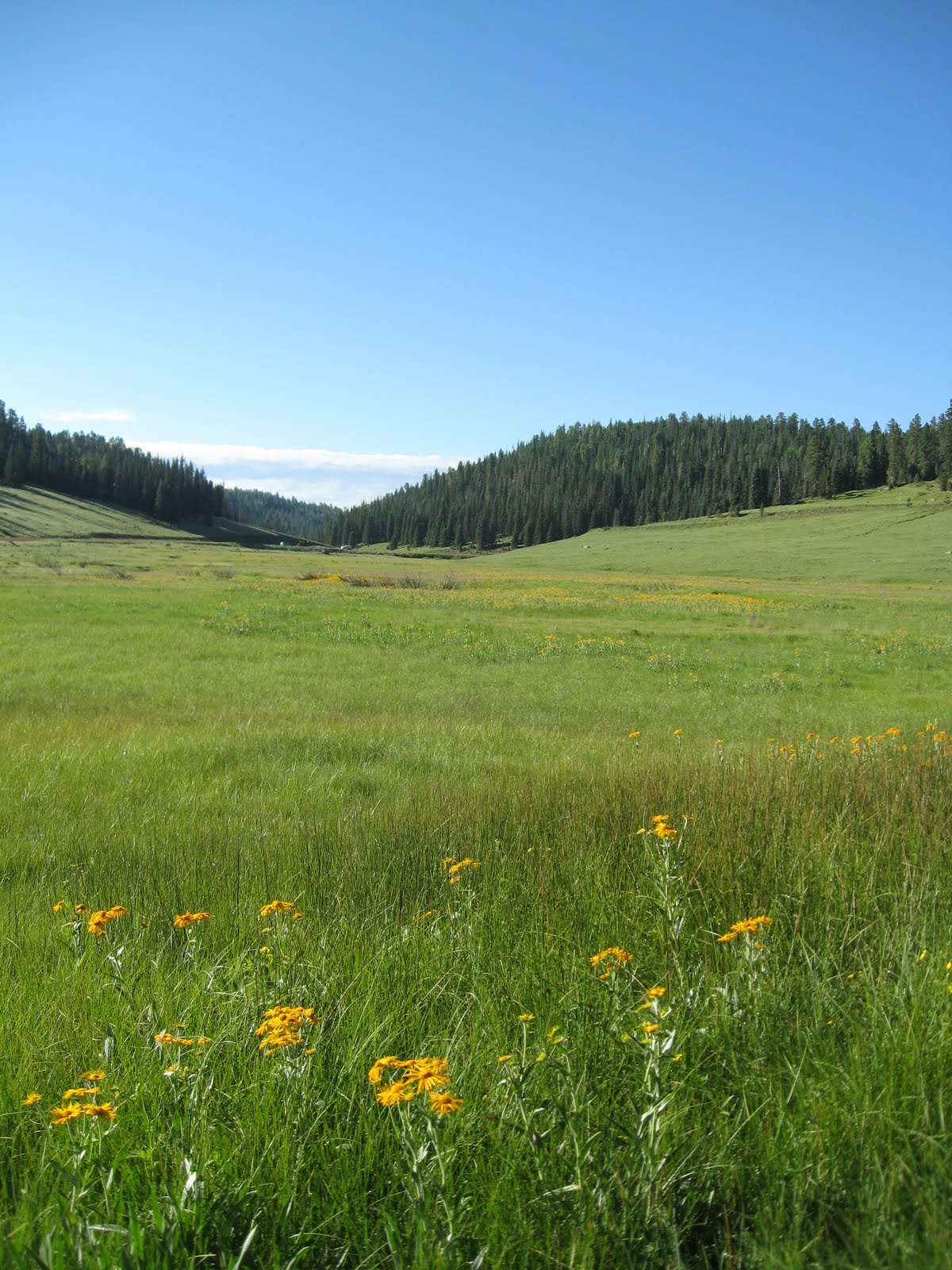 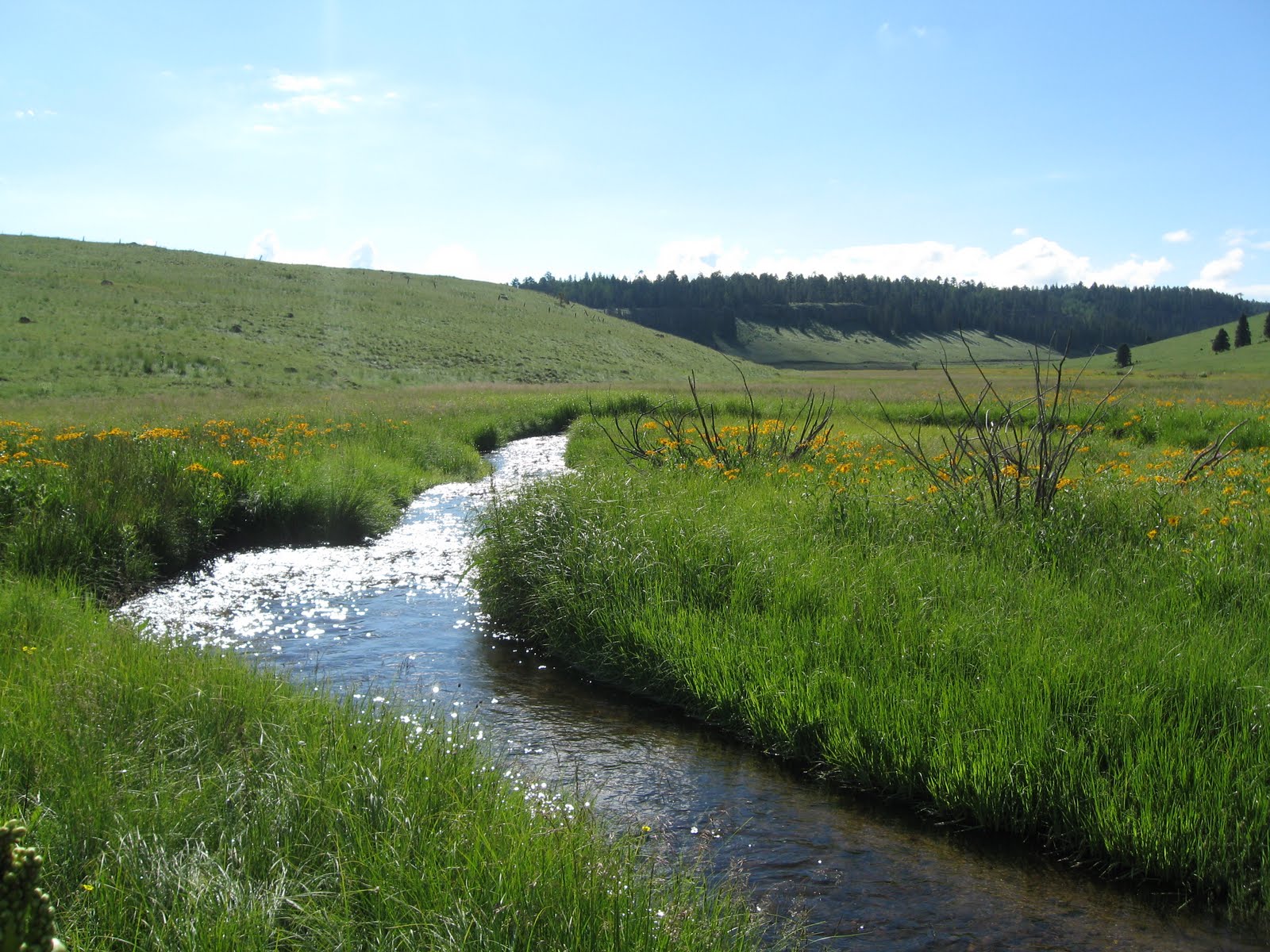 And Tyson ran through it: 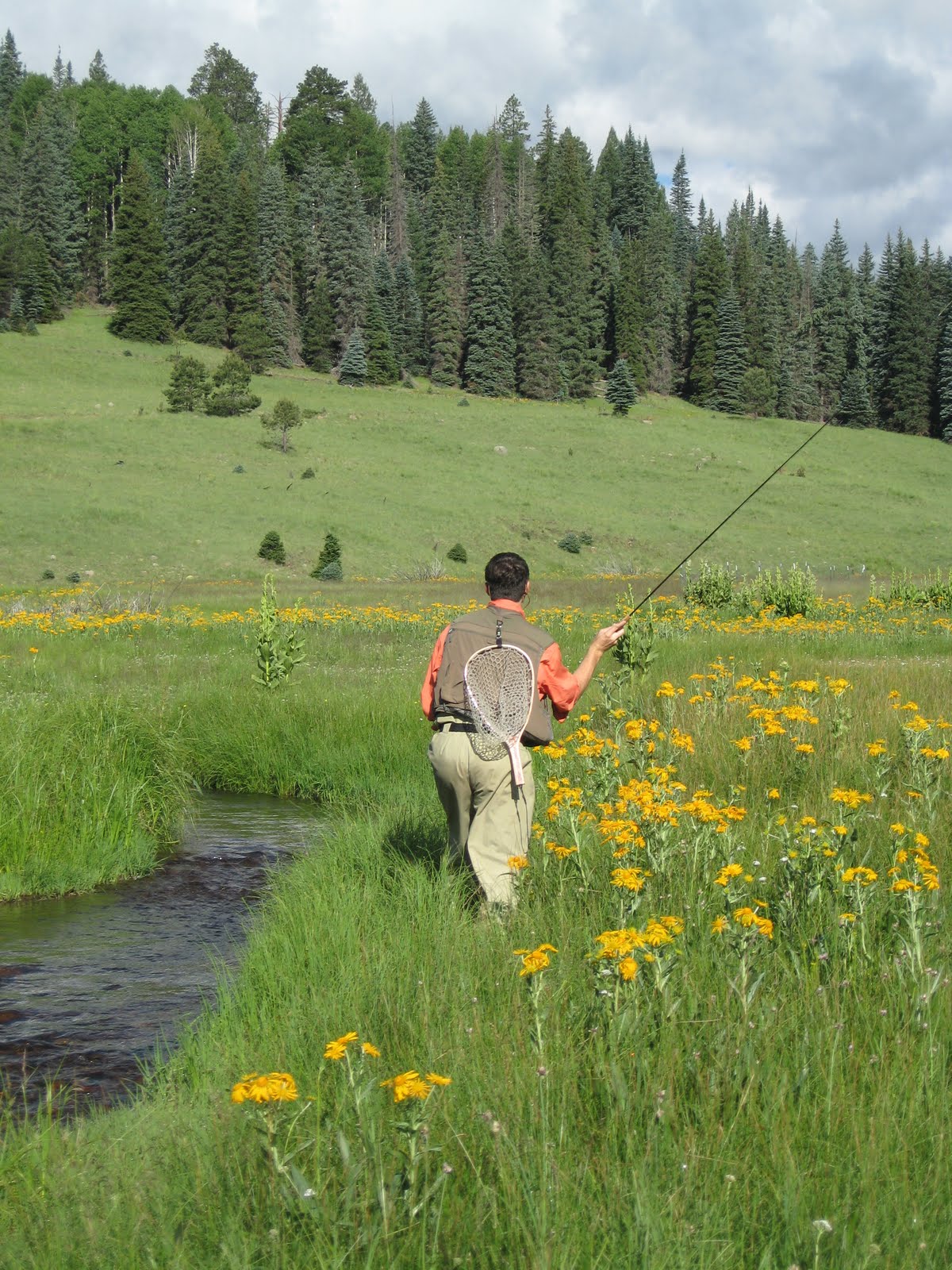 My mountain man is pretty cute, especially in his fly-fishing getup. He was excited to show me all his hooks and pockets and tools. My mom and I laughed at him, and he took it like a man. 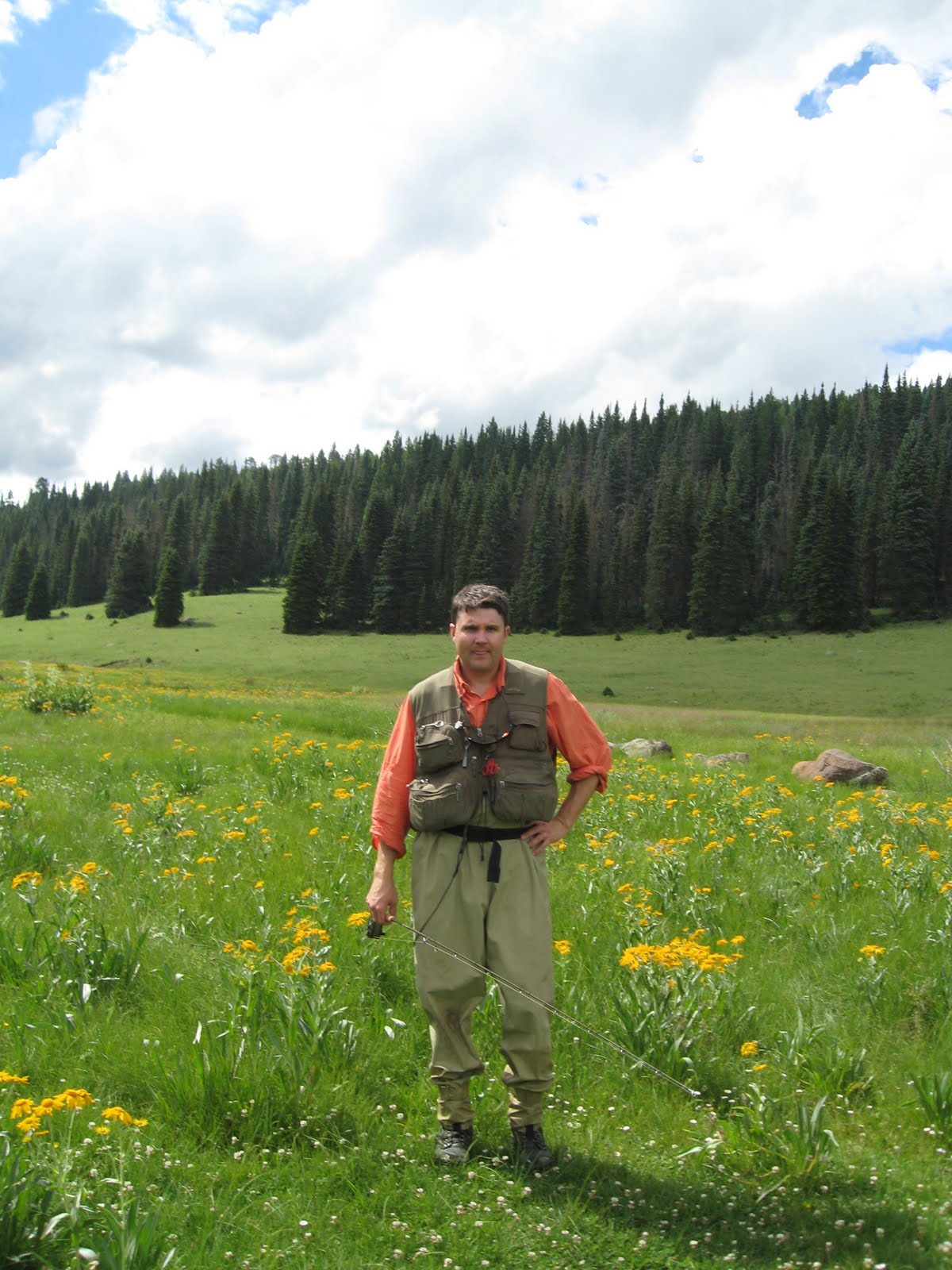 (In the above photo, he is saying to me: “stop making me pose for your blog.”) 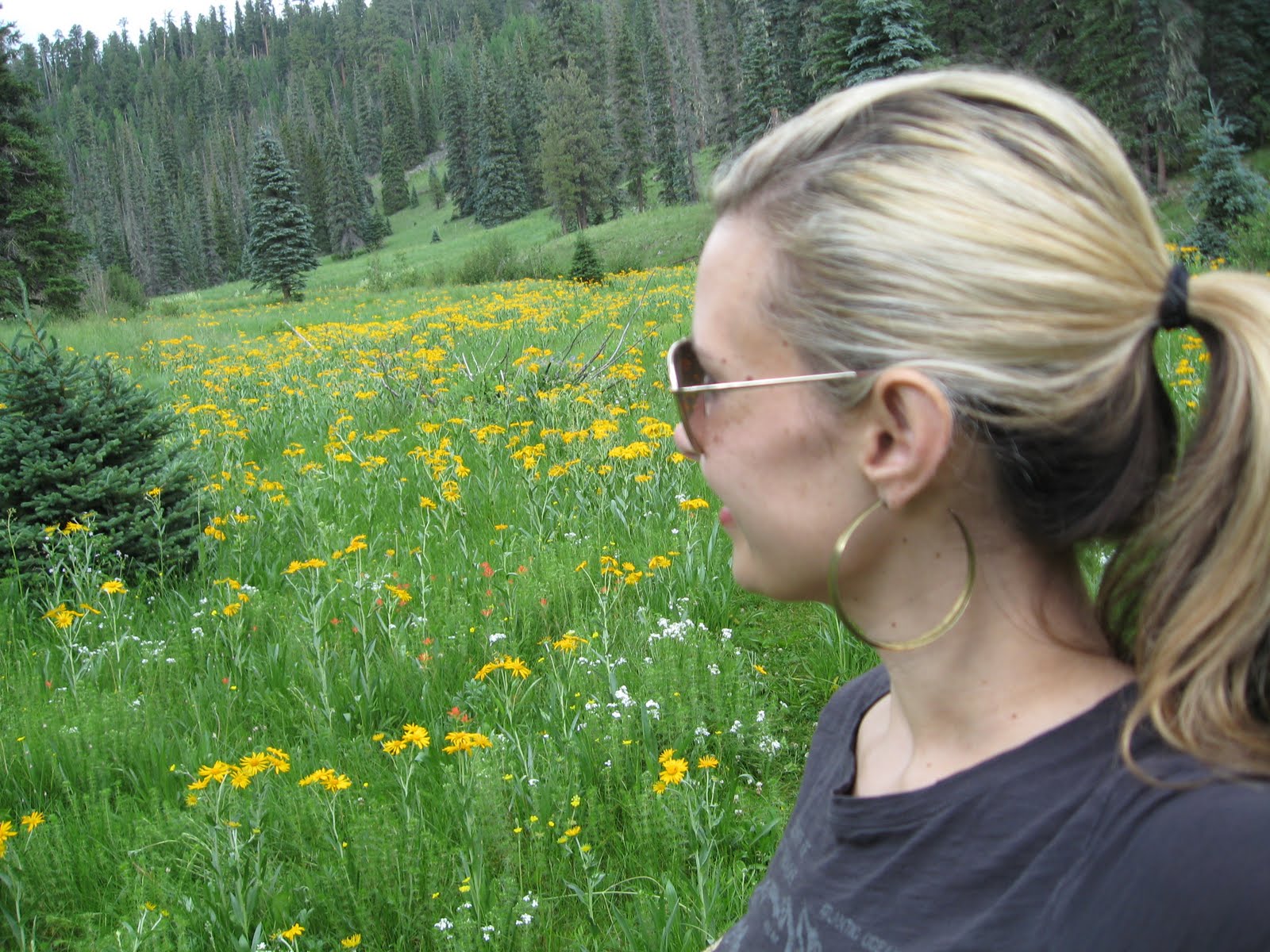 Mountain Jaimee was pretending she was in a Jane Austen novel — lolling about in the meadow eating cherries and reading a book — but I didn’t tell him that. 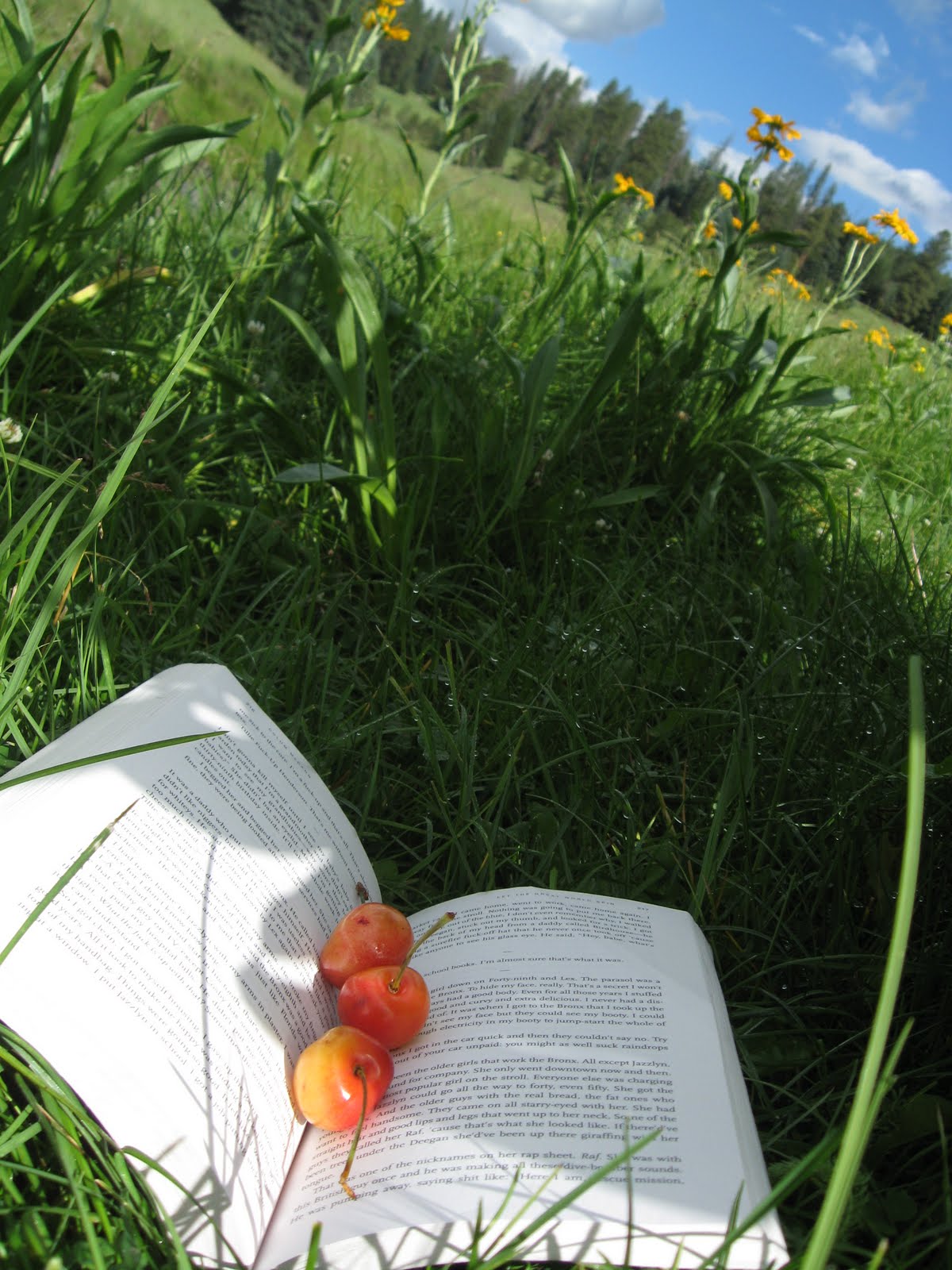 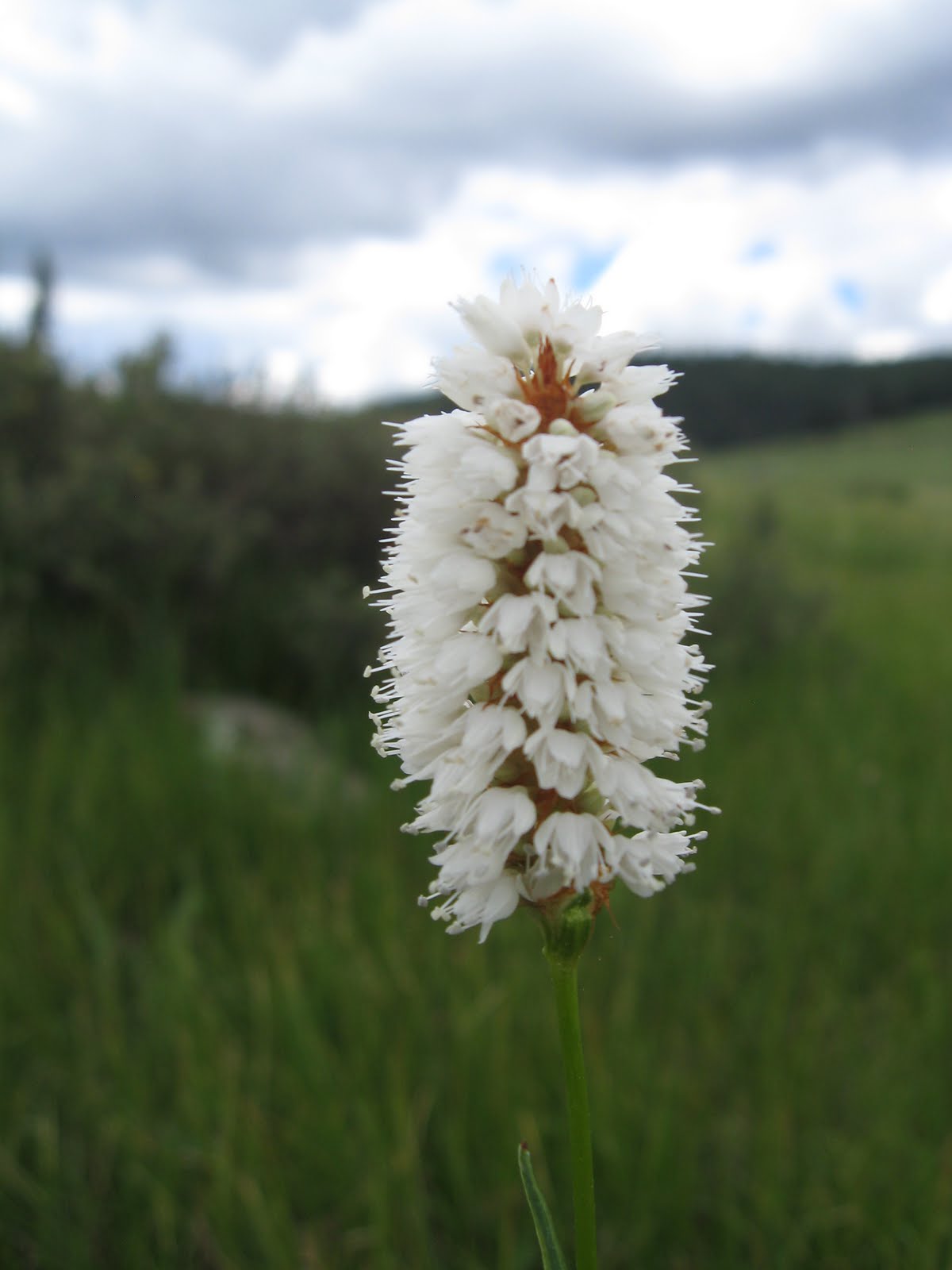 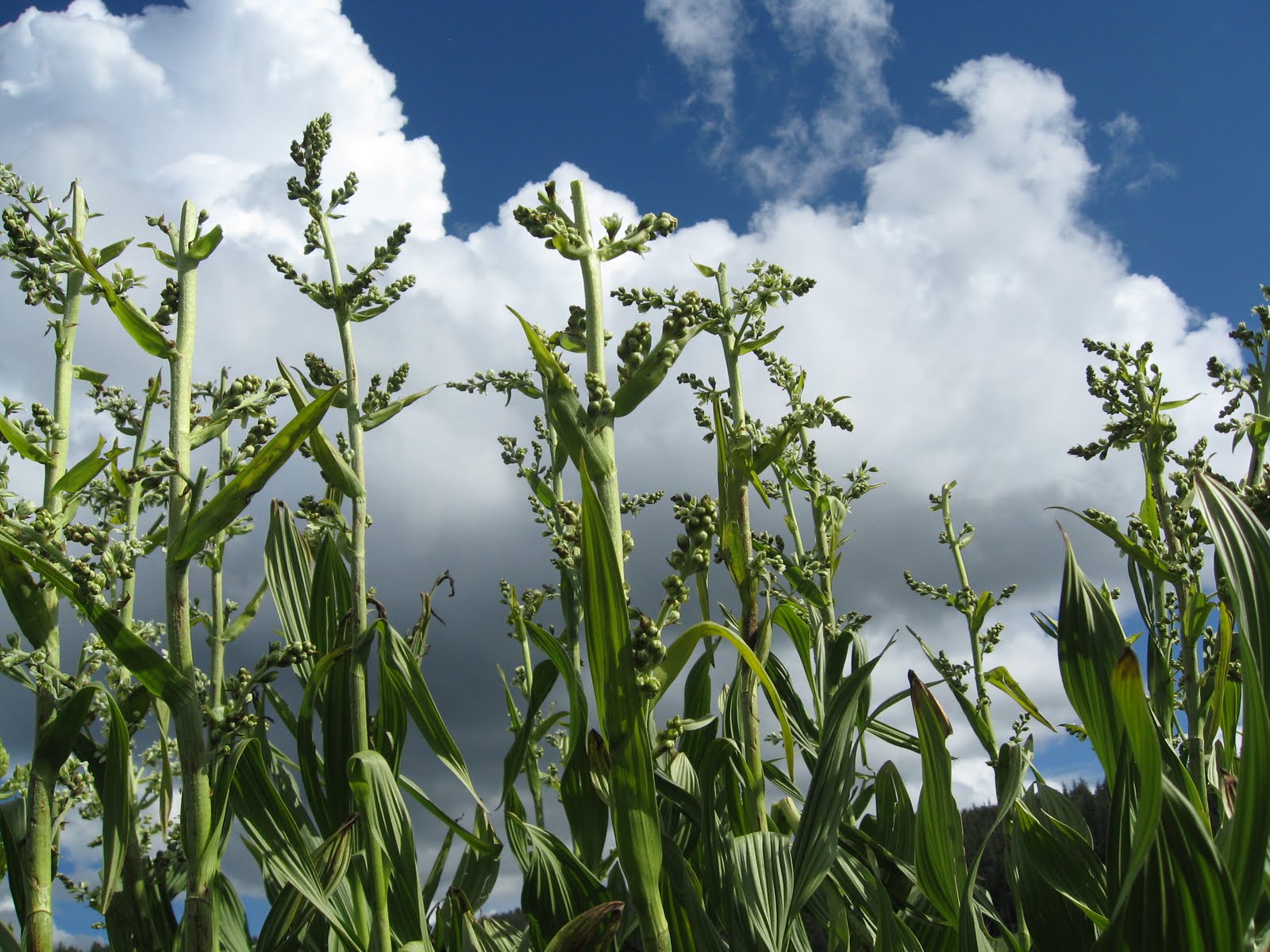 I was also the official Apache trout photographer. (“Make sure you get the eye band,” he said.) 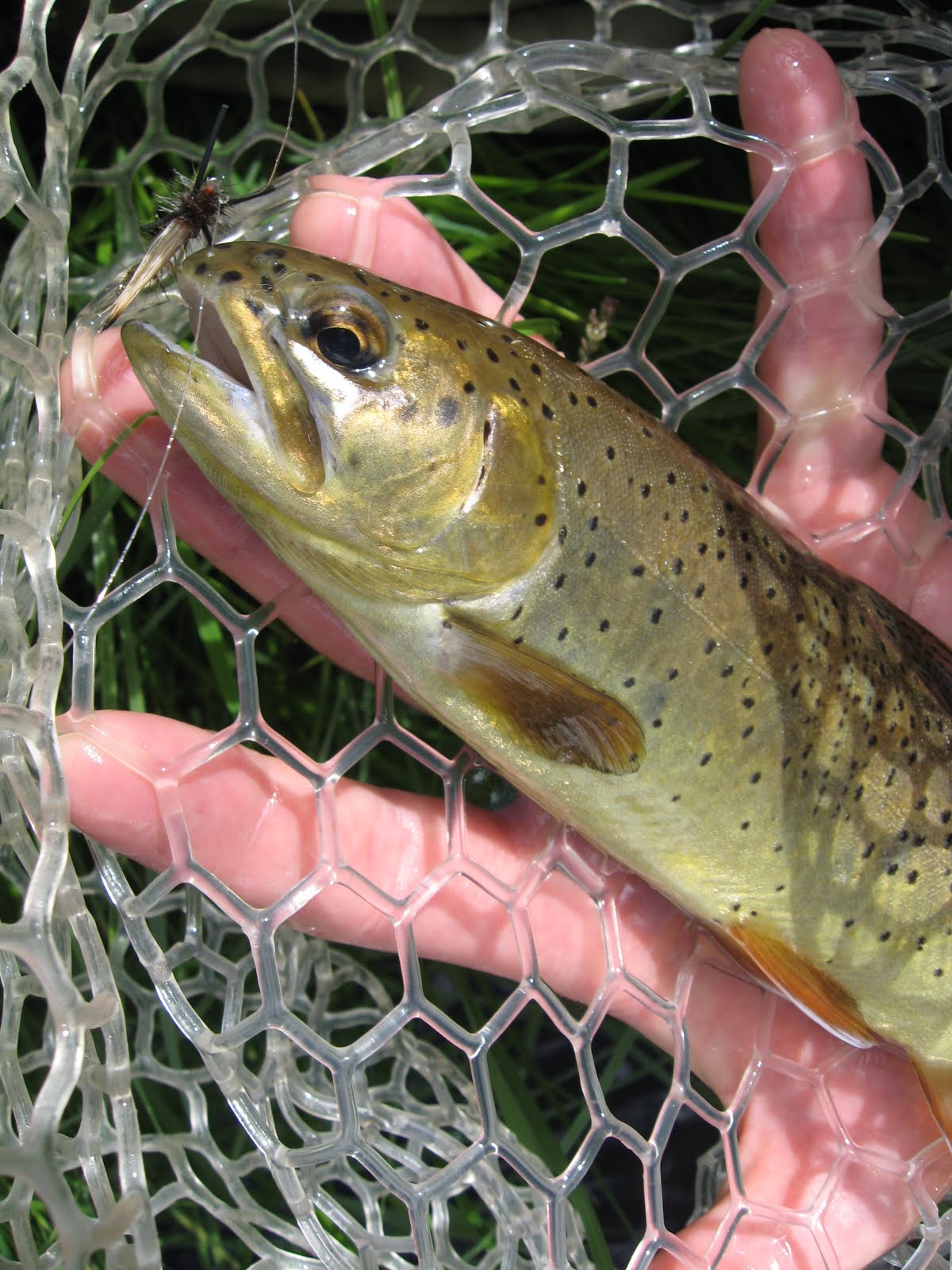 Ty says the fish he catches are his friends, and after he meets them, he lets them all go. Once, I took too long running over with the camera and I got in trouble, because he was worried about his friend, the fish out of water (whom he talked to, by the way). The fish lived.

If we got lost or stuck, Ty said he could make me mushroom soup with the firestarting tool he had in his pocket. 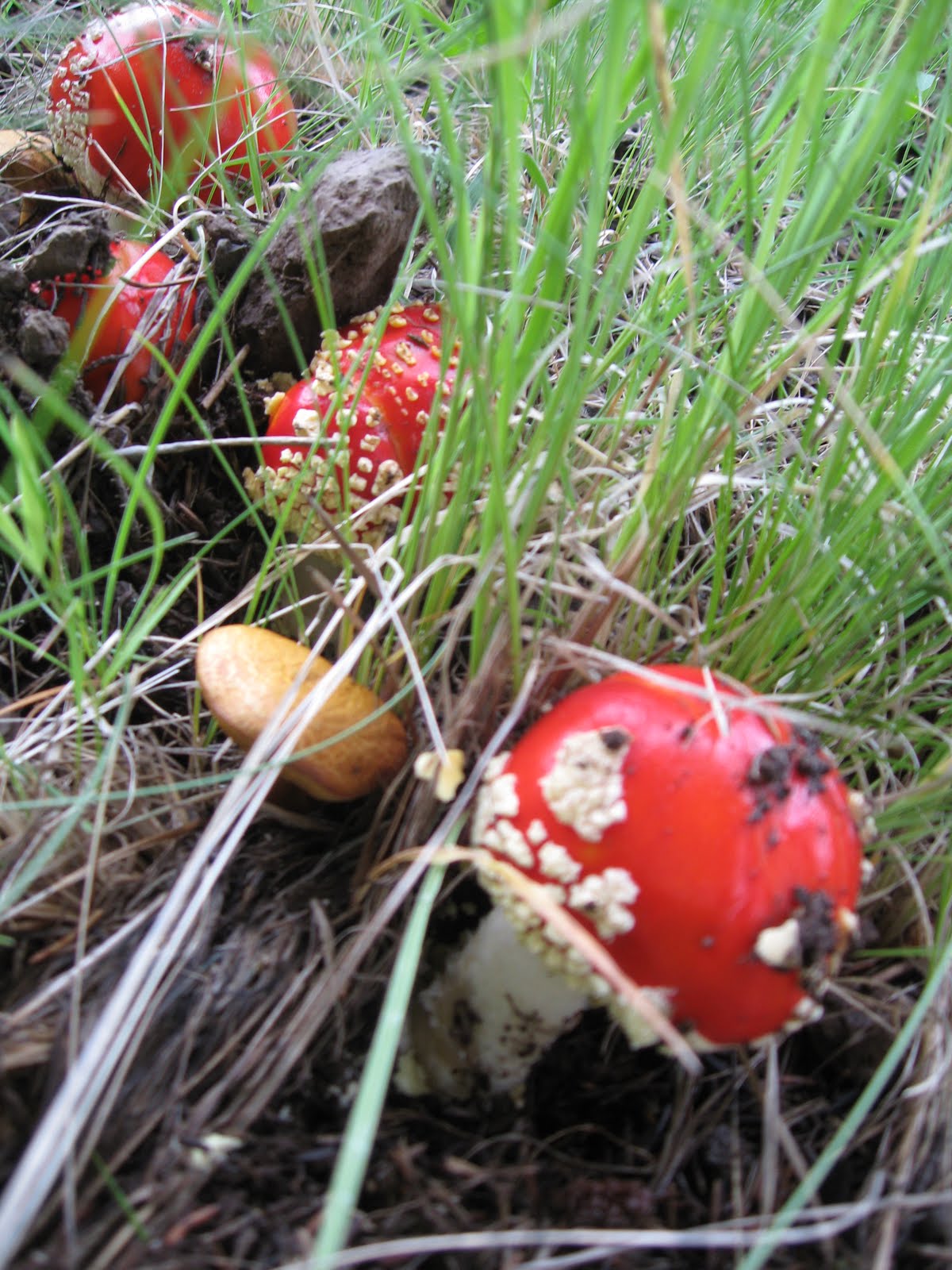 (Except that these mushrooms would kill us, for sure.) But later, we got caught in a wild rainstorm (complete with hail), and he let me wear his raincoat while he got soaked. Then he played cards with my aunts and Granna. That’s a man.