I thought I could do it.  On New Year’s Eve, I decided to be less OCD about entertaining and host a last-minute open house for a handful of family and friends. The next day. New Year’s Day. The day after a party at which breakfast was served.

And thus on New Year’s Day, when I woke to windows that needed to be cleaned, a bedroom covered with masks and crinolines and clutch bags, I broke every single resolution: no white flour, no sugar, no cursing, and being nice to Tyson. Poor Tyson.

The guests waited an hour for dinner, but in the end, it was a glorious, laid-back start to 2010. (Thanks, dear ones, for being so patient. And for eating on your laps. And for not minding that I didn’t make placecards. Or dessert.) 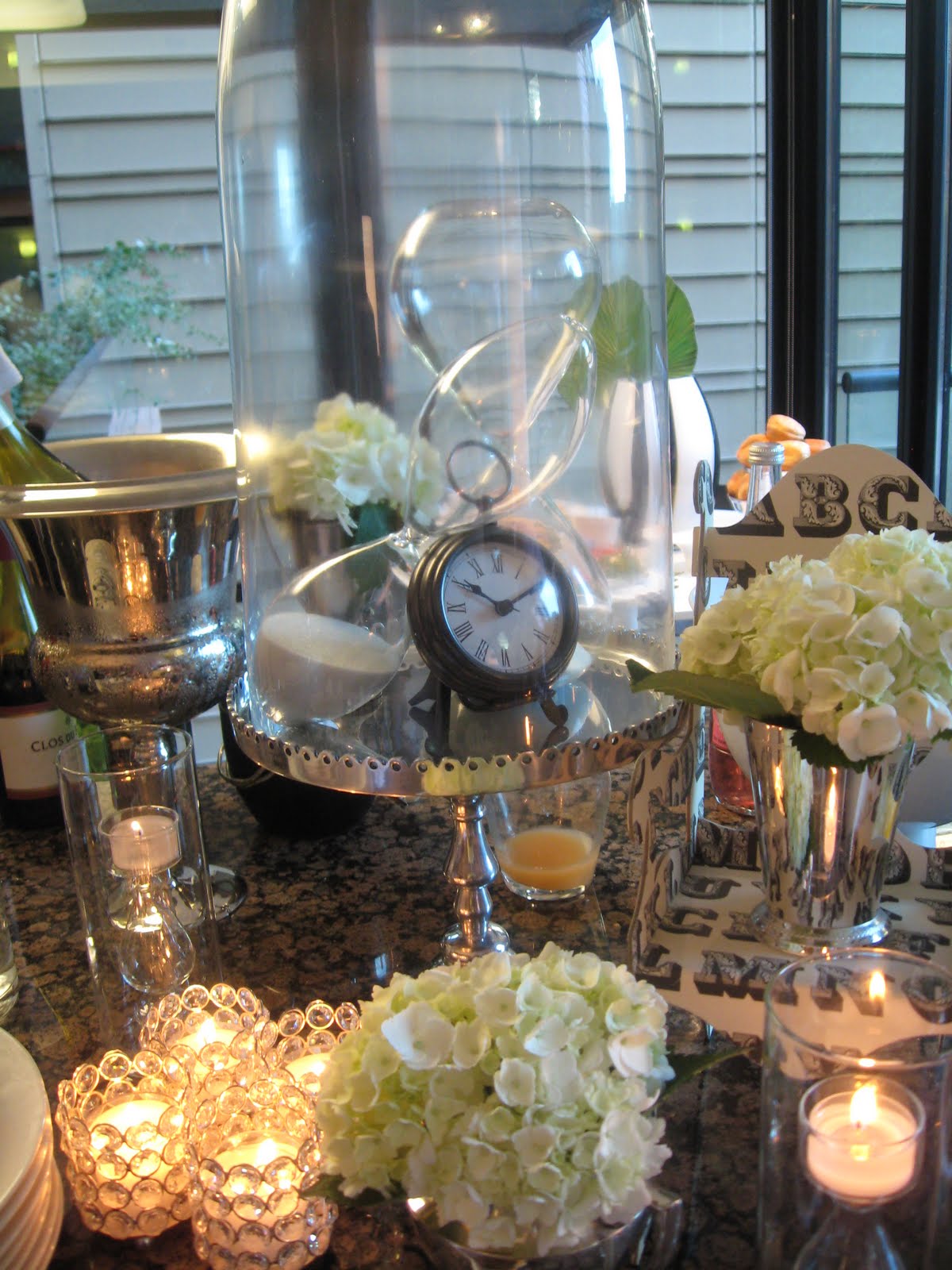 I turned my Christmas bell jar ode to Bergdorf windows into a New Year’s ode to time: 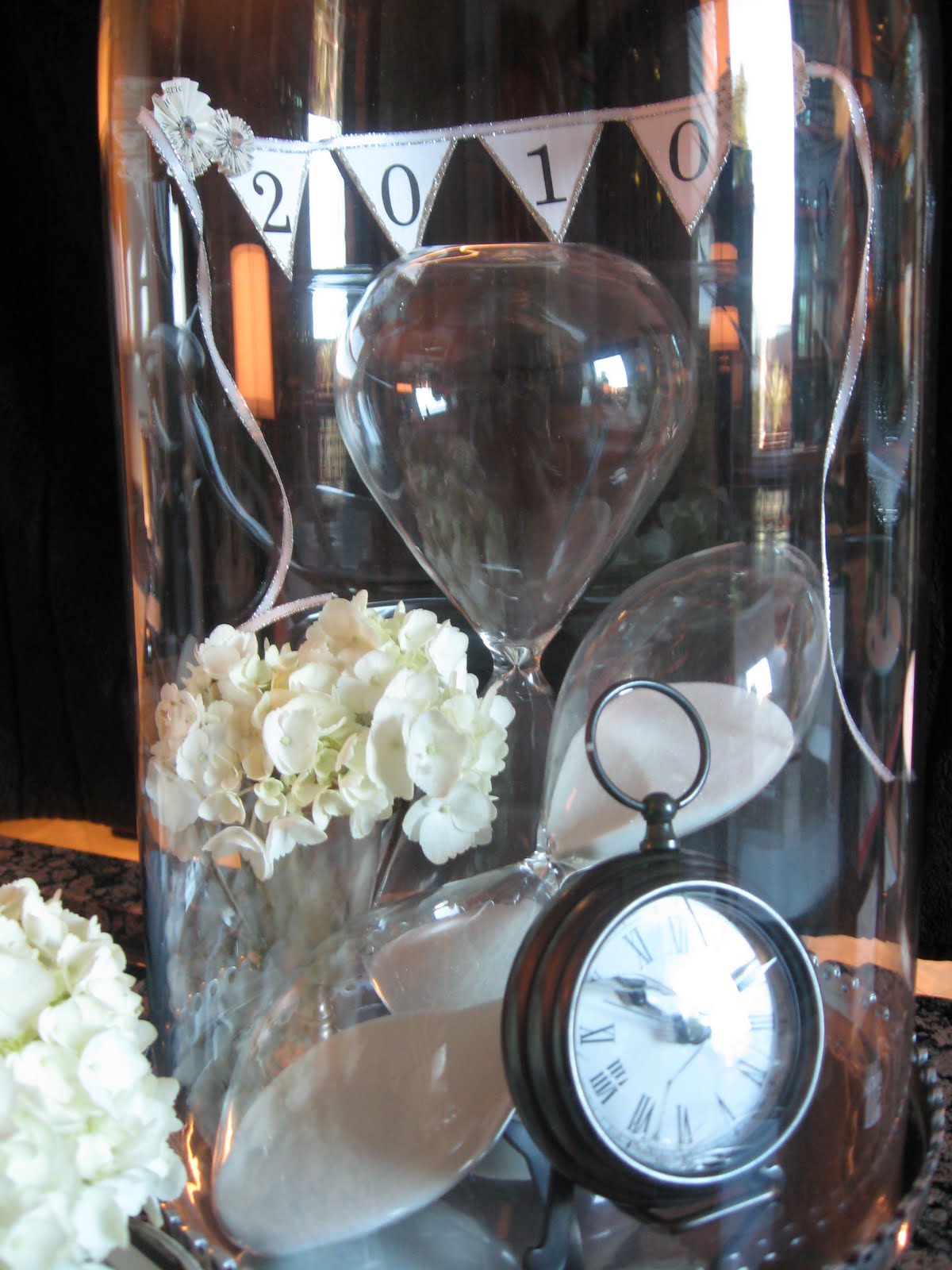 Shauna and I made these mini 2010 banners together out of cardstock, an old book, glitter and glue. 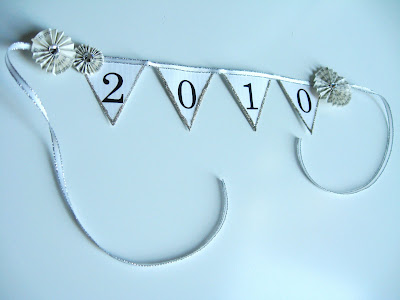 I have napkin rings with clocks on them. Tore the house apart looking for them to no avail.  We counted down with the napkins instead. 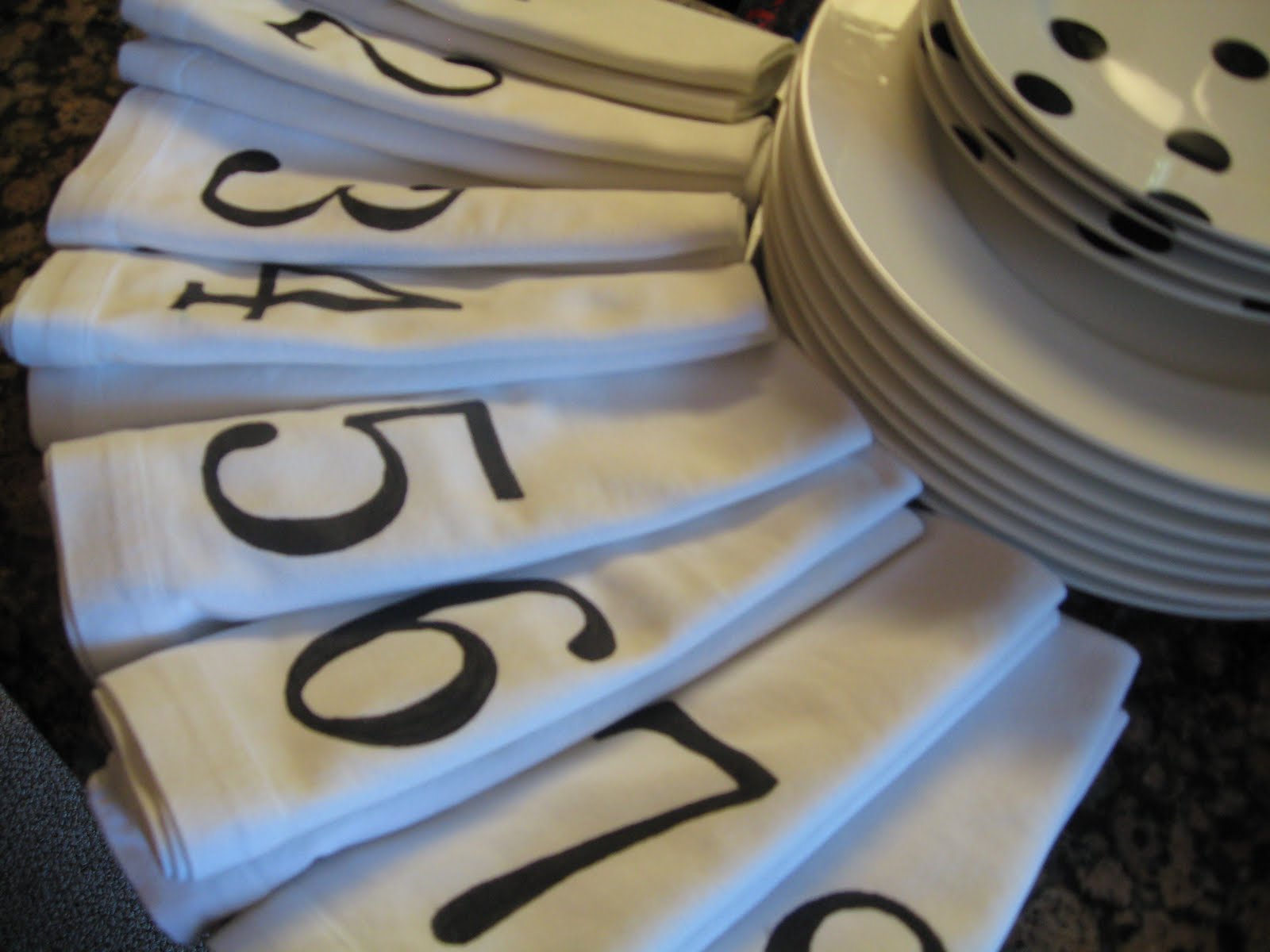 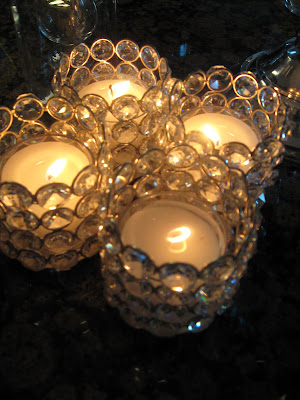 Dessert: Macarons and Lemon bars from Trader Joe’s, plus homemade butterscotch sauce, which we ate with a spoon because I forgot to buy ice cream. (I am never throwing a non-OCD party again.) 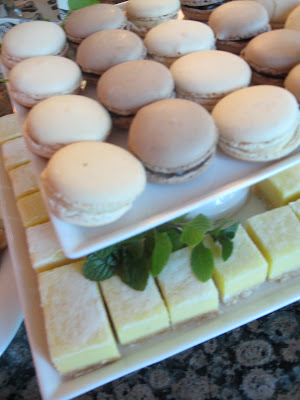 Dinner was a repeat of the Christmas dinner menu, which was so good Ty and I decided we wanted to make it again. Prime rib and double mashed potatoes, roasted carrots, green beans and tomatoes. Heaven. 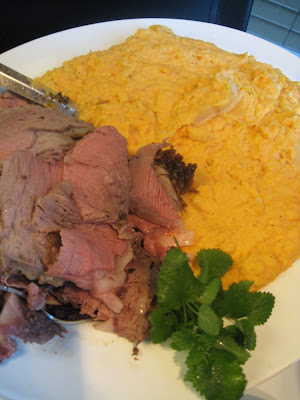 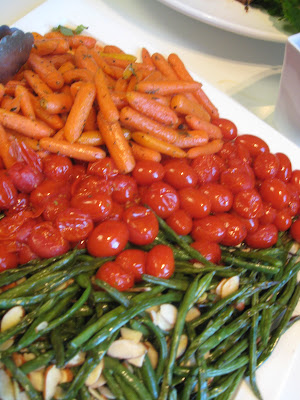 Lots of girl talk on the patio, and then a major puzzle session closed the night. 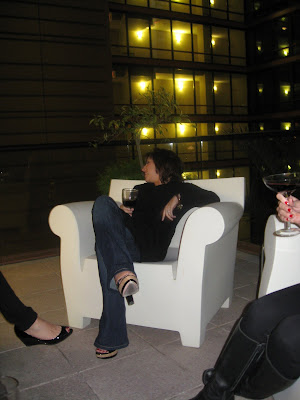 I am lucky to have a mother who always comes early to my parties because she knows that at that exact moment, nothing is ready, my hair is a mess, the kitchen sink is full of dishes and I need my mom. 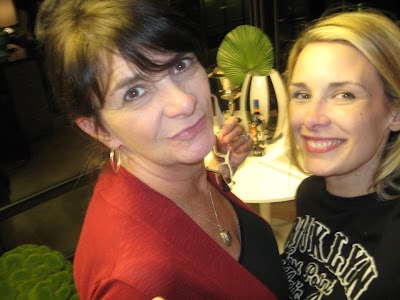 The day after my bash, we went to a party at Mark and Angela’s that was practically perfect in every way. 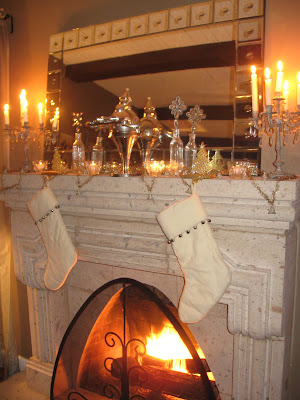 There were cocktails and ghost chairs by the pool. 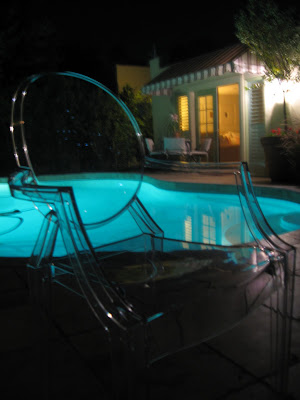 Each guest tucked into a mini homemade chicken pot pie. 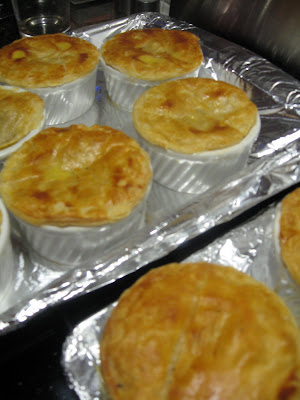 Dessert? Oh, yes. There were three, each made by Tammie Coe. 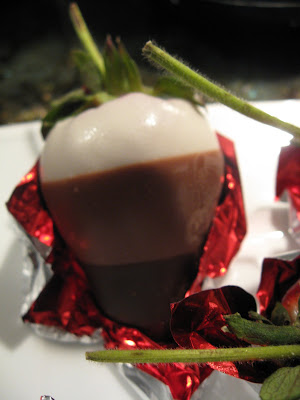 She garnishes her cakes now with mini-tarts. I love this. 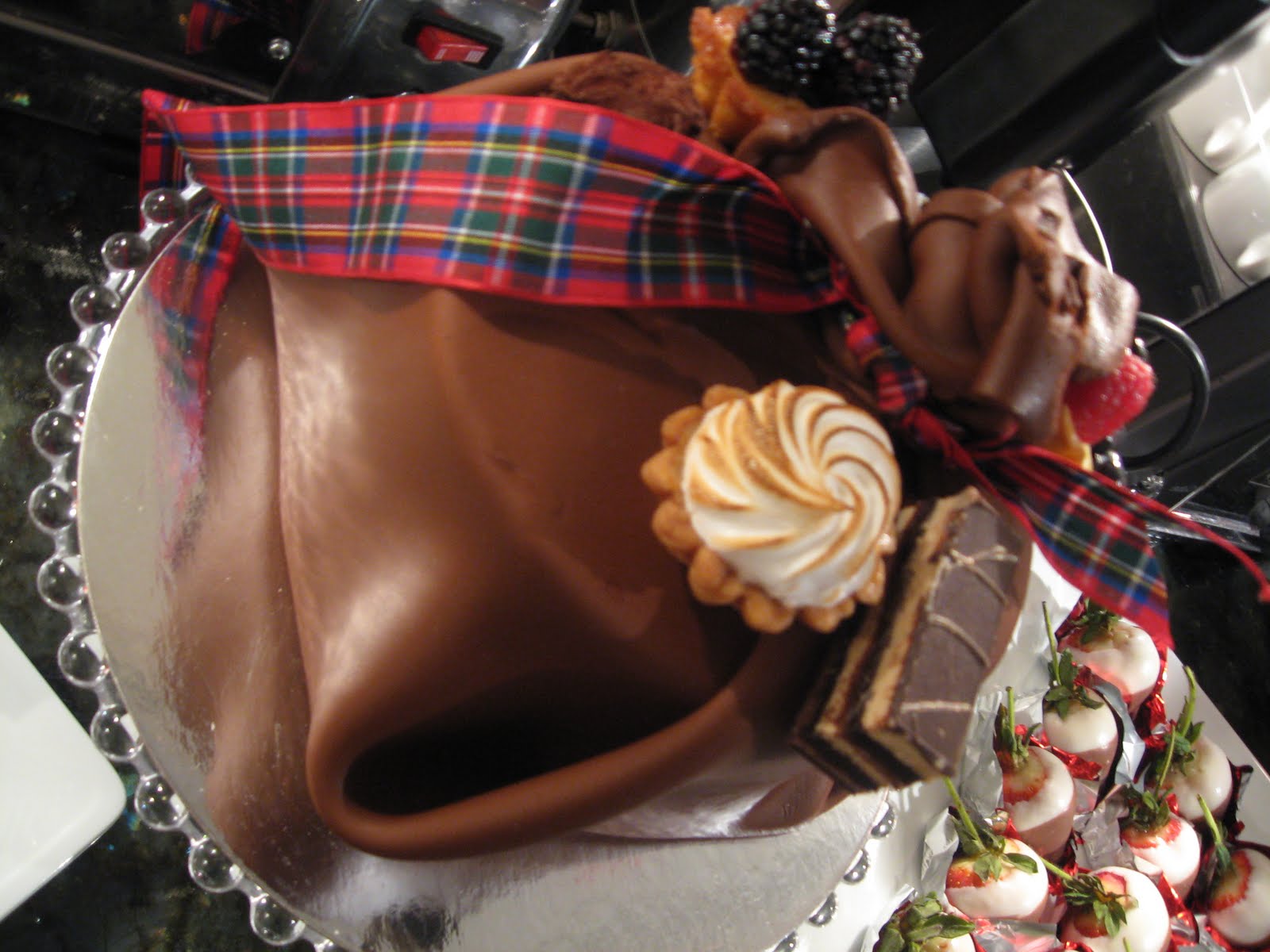 A secret Tammie Coe dessert available only by special order (and the best dessert any of us have ever eaten): Boozy Berry Bread Pudding. Call her and order it straight away. I tried to get a photo, but the spoons were moving fast. 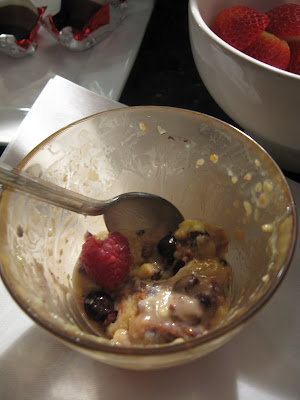 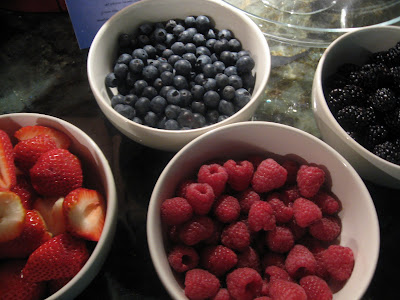 Paul Taylor and Nicole Juntenen played and sang “At Last.” (Here we are in heaven, indeed.) 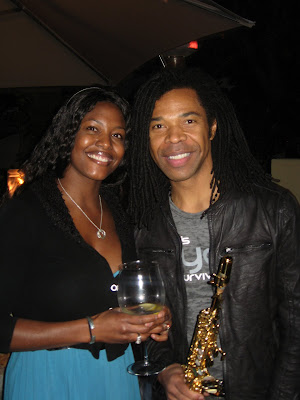 In the end,  I kidnapped Heidi’s rhinestoned Valentino and played Vanna. 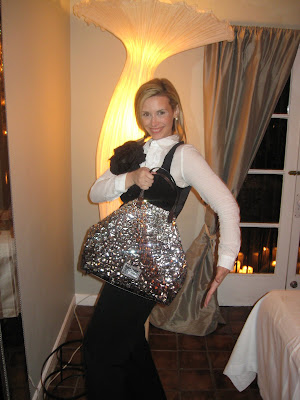 And then found Angela in the kitchen, doing dishes in diamonds and fur. 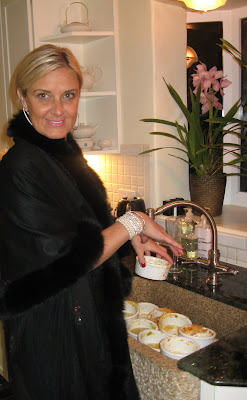