The best thing I ate in New York was a pumpkin doughnut from Doughnut Plant that had salted pumpkin seeds sprinkled on top and was so good that four of us passed it around in a taxi ignoring manners, social conventions, and our better judgement. So you’ll need to go there, because they don’t ship. I already called and asked. 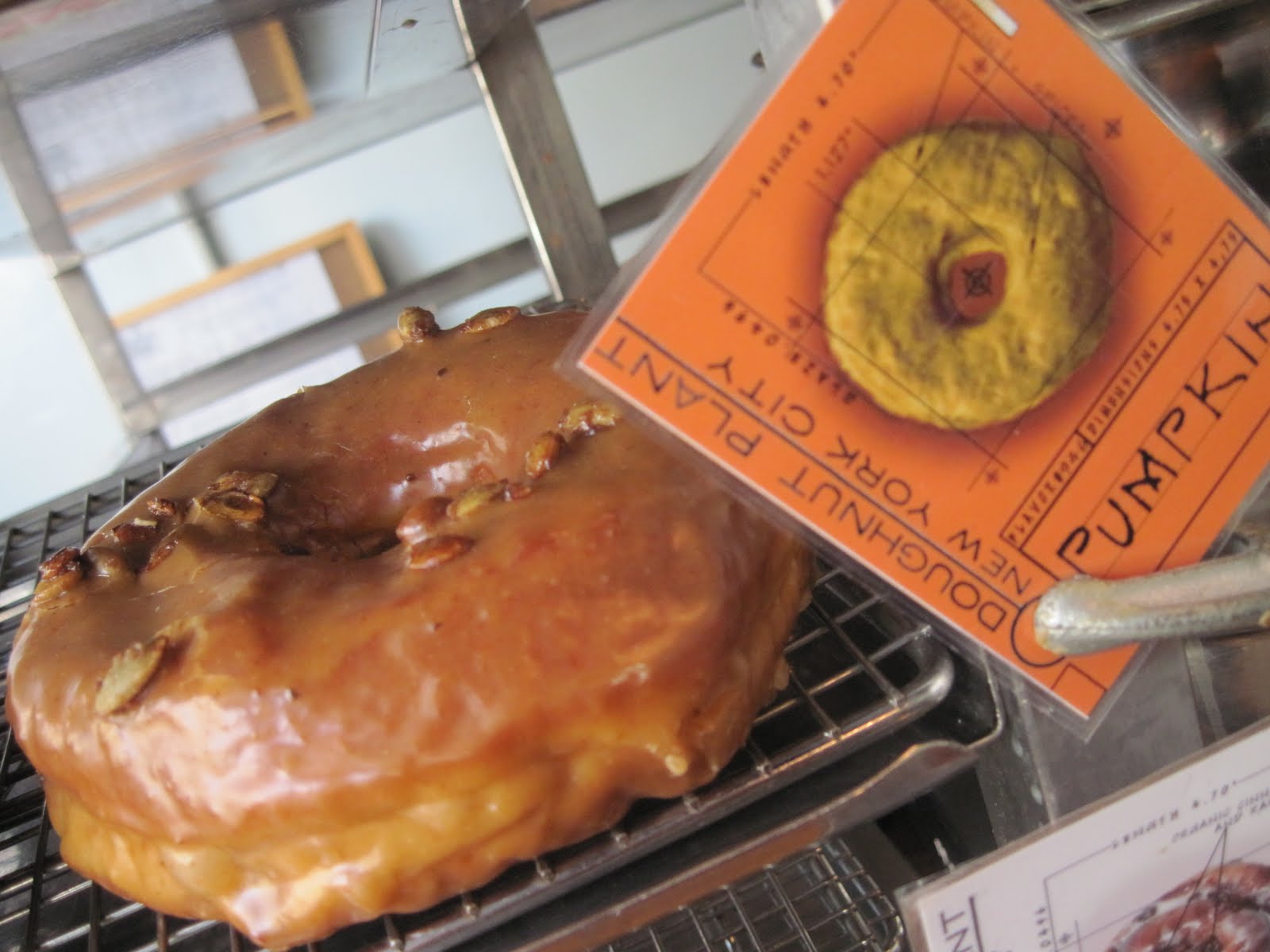 There was also a creme brulee doughnut that Marni and Michael were crazy for. It had a caramelized sugar crust and we ate it in maybe 30 seconds. I told every New Yorker I met to go here, and eat these, and I hope they obey and send flowers to Phoenix. And I don’t want to tell you how many glazed doughnuts I’ve sampled since coming home, hoping to get at least close to Doughnut Plant’s level of yeasty, sugary sin. (Rainbow Doughnuts wins so far. Ty and I have been often, but it’s still just mitigating.) The next best thing I ate in New York was a pasta dish at DBGB — which is a sceney, delicious piece of fun that Noca’s Eliot Wexler recommended. (And thank you, E.) It’s also chef Daniel Boulud’s take on casual, so the food is homey, cozy, and blow-your-mind good. Daniel calls the place “lowdown downtown.” The people at the table next to us were eating a whole roasted pig. It felt like the whole room was convivial and happy. I’ll go there every time I’m in town. 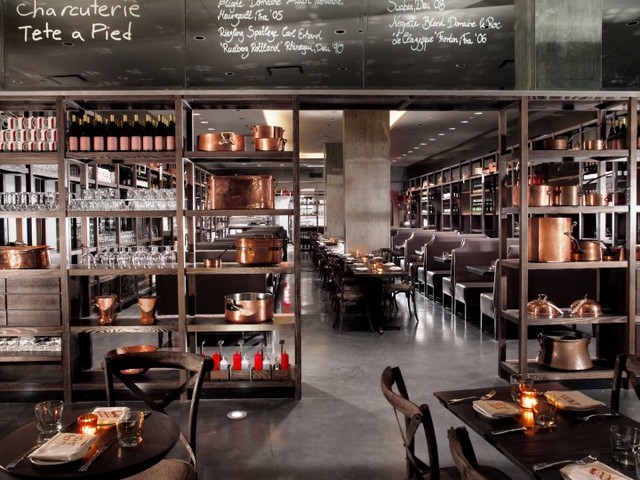 I loved the wallpaper in the bathrooms, which looked like this: And I’m still thinking about the pasta Marni and I had, which was housemade taglioni with a tomato sauce, olives and lemon ricotta. Imagine my delight to discover the recipe in Elle Decor, so I can have it at home . . . and you can, too.