The textures of New Orleans

Only in New Orleans can you spend the morning wishing on the grave of a voodoo priestess, and then walk the marble floors of  the Catholic cathedral where the voodoo queen worshipped in her spare time. It is a city of contrasts, of textures, of hidden surprises, and things where they aren’t supposed to be. I’ve spent a few years trying to figure out its particular magic and hold on me, and I’ve decided that it’s just mystery itself. New Orleans is ever elusive, ever beautiful, and always completely insane. On this trip, I learned that writers have always been drawn there — to try to capture it, I suppose — and I thrilled in the company of ghosts: Hemingway’s carousel bar at the Hotel Monteleone, Tennessee Williams’ southern-scented air, even the home where William Faulkner wrote his first novel, Soldier’s Pay. Truman Capote claimed to be born at the Montelone. And though he wasn’t, his mother did stay here during her pregnancy. Hemingway put the bar in a short story, and Tennessee Williams wrote of it, too. They stayed here, along with Faulkner. Oh, DNA. Faulkner’s house is a bookstore now — Faulkner House Books — a soulful kind of bookstore that I’d live in happily — and just beyond the store, we got to peek where someone does live. And you can see, can’t you, why a novelist could burrow in right here? I sent this photo to a friend of mine, ensconced writing his first novel, and hope the genius of Faulkner accompanies him, too. (He doesn’t need it.) 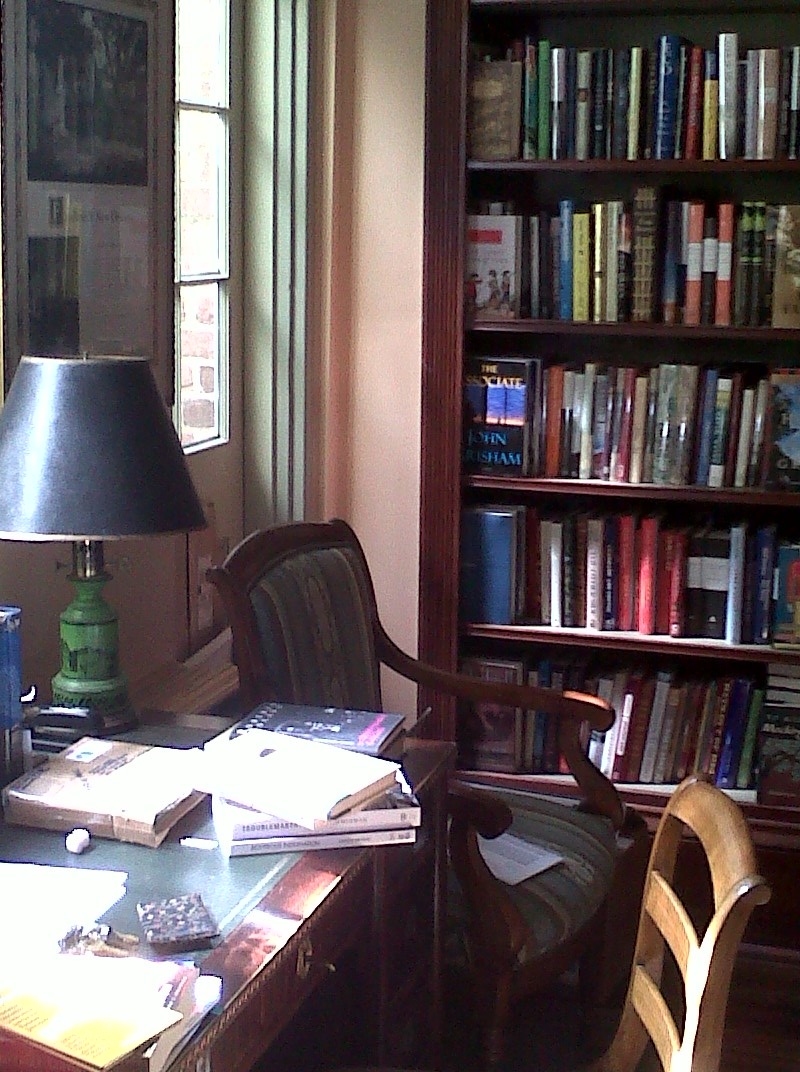 We got out of the city to the romantic Oak Alley Plantation, renowned for its row of 28 evenly spaced oak trees that welcomed guests and predate the home itself. The trees swept the ground, and I thought of Scarlett O’Hara’s bustling skirts. Marissa and Kindra, my partners in Southern adventure.

We asked about jazz and ended up at the Snug Harbor on Frenchmen Street in the Marigny, where the Marsalis and Nevillie clans make their music. Delfeayo Marsalis himself took the stage with his band, winked at my girlfriend, and made the kind of chaotic sound that floats into the street all over New Orleans. I was transfixed by the patina on their saxophones — tarnished by the wet Southern air. Delfeayo could make his trombone sound like he was playing five different instruments, even sometimes a cello. On the 15th floor of the Ritz-Carlton in the French Quarter, we discovered the part time residence of the Juneau-Hartley families, who that night were off to a masquerade ball and had this fantastic wreath on their front door, which was cracked open. Maybe I peeked inside. (We went to a ball, too, and my phone takes terrible photos.) 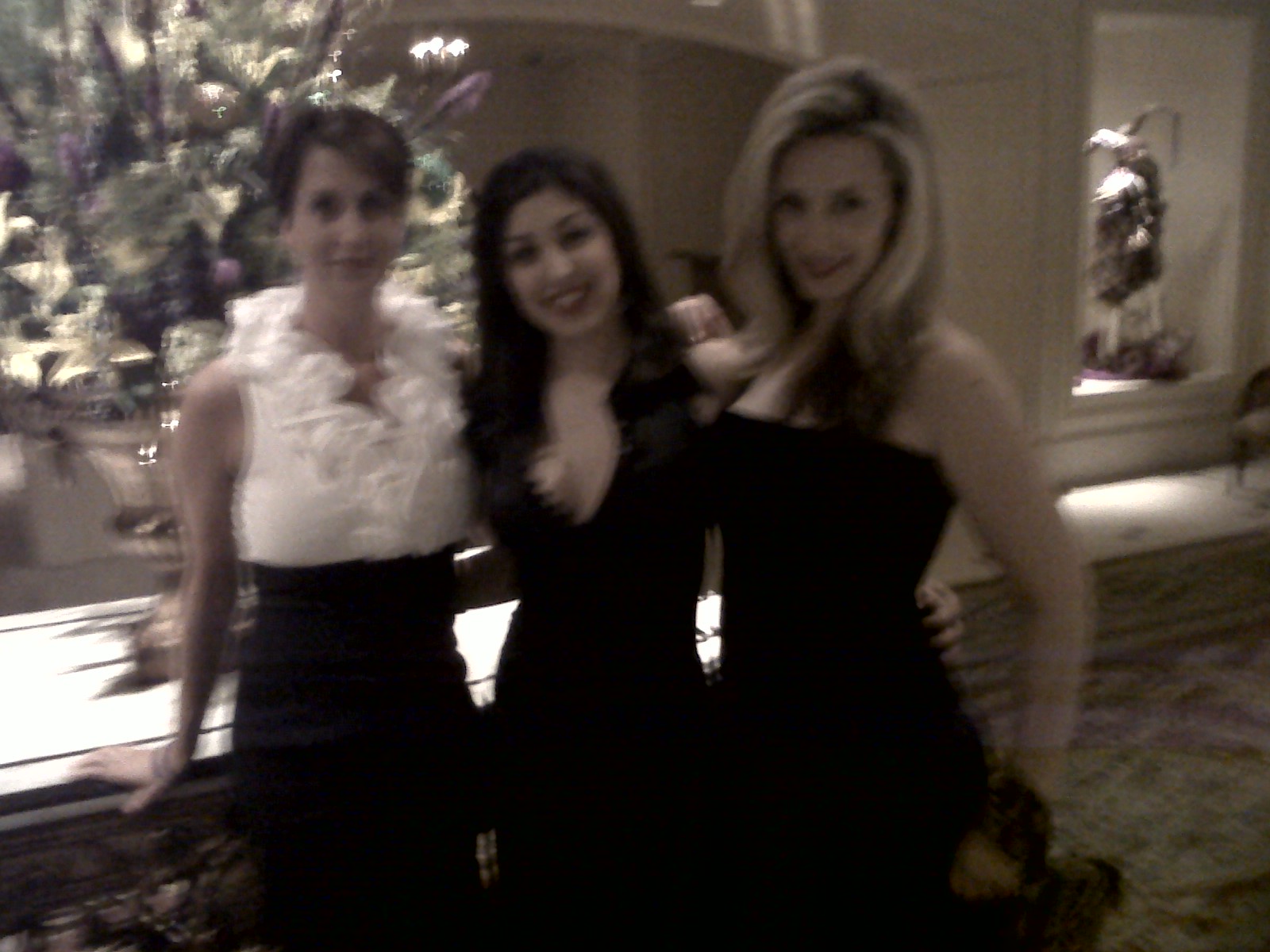 There was a rainy morning spent wandering Lafayette Cemetery No. 1 uptown, across from Commander’s Palace — one of the oldest cemeteries in the city. I’ve been told that the graves are above ground because New Orleans is at sea level, and bodies underground are buried in water and tend to rise. Whatever the reason, they are now monuments to grace and weather and age. And yes, we found a Piggly Wiggly. I had a Steel Magnolias moment and made my girlfriends go inside to buy red beans and rice. In the French Quarter, we wandered into Hove Parfumeur, where they distill Southern things like Camellia and Magnolia. I brought home Tea Olive, because it smells like the dance floor at my favorite New Orleans hotel. Don’t forget to look for hidden courtyards. On Fat Tuesday, I wandered by one that was hosting a small jazz band and a private group of merry revelers (and in front of Edgar Degas’ former home, to boot.) And we wandered the Garden District, dreaming our way up Prytania Street, wishing we could live in houses with blue porch ceilings. At this particular abode, a white peacock makes its home in the front yard. There was brunch at my beloved Commander’s Palace, complete with a jazz band that played “Do you know what it means to miss New Orleans?” And oh, boy, do I ever. Look closely at the Commander’s wallpaper, as in New Orleans, things are always more interesting than they seem. And you will need the bread pudding souffle for dessert: a lesson in textures, and quintessentially New Orleans. P.S. The voodoo priestess is named Marie Laveau, located at St. Louis Cemetery Number One, and it is considered good luck to leave a token of yourself and ask her to bring you what you wish. Among other things, I wished to always be curious.